'One Guitar' Tracks Their Journey 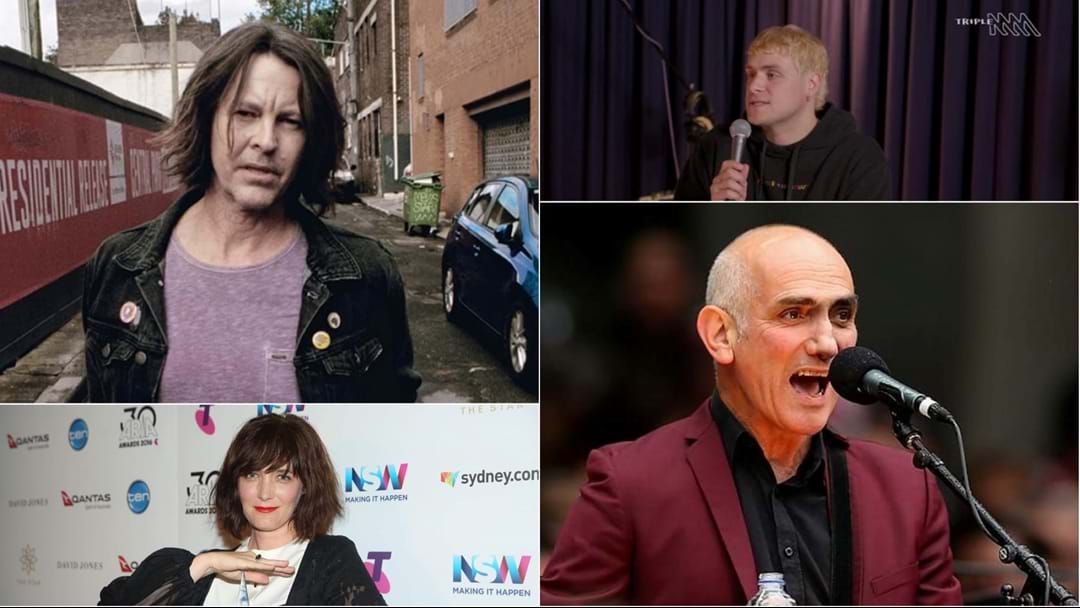 Some of Aussie Rock's biggest names have risen to the challenge of writing a new song in four weeks - and they're all done it using the same guitar!

Gow, frontman for ARIA award winners Oh Mercy and his new project Perfect Moment, had an idea to send the same guitar - a Gibson J45 sunburst acoustic - to Australian songwriters and give them a deadline to write a new song on it in four weeks.

The songwriters demystify the creative process - discussing mistakes, plagiarising themselves and also share tips and tricks others can study.

The Powderfinger frontman and accomplished solo artist wrote a brand new song called The Reckoning on the Gibson, which sounds like an instant Fanning classic.

Their conversation sees Fanning discuss the creation of the actual Fanning classic, Powderfinger's These Days - originally written for the Heath Ledger movie Two Hands at the request of director Gregor Jordan. But before These Days existed, a mystery Powderfinger song was written - and has since been lost.

"(Gregor) had a Morcheeba song (Blindfold) in the scene These Days ended up in," Fanning says. "He was like 'Can you write something like that'. We were like OK. We wrote a different song originally, we went and demo'd it. We'd only seen the vision once of what was going on, we demo'd this song and that night I thought 'That's just not good enough, I'm gonna write something else'. And then I wrote These Days. That night, after this other song we'd recorded. And now none of us know what that other song was and can't find it. We have no record of it. It's so weird."

One third of Sydney band DMA's - the Oasis-approved act who sell out arenas in the UK and Europe - Johnny Took wrote a song called Big Life. DMA's are already working on a band version of the One Guitar creation with it earmarked for their next album.

Took says the pandemic let him entertain the idea of a regular life, compared to constant touring. The song is dedicated to his girlfriend, musician Hayley Mary.

"We obviously get the British comparisons, but we listen to Bradman before we walk on stage."

The chart-topping singer/songwriter created What You Stole soon after giving birth to son Charlie - she admits she doesn't usually write as candidly.

"I was a mess when I wrote this. You feel like your whole body is floating away from you. You feel like you've kind of had a lobotomy, your hormones are such that it's very hard to think straight. You're just geared towards this child. Totally sleep deprived, that makes you feel like you're on a bit of a different planet. My defences are completely down. There wasn't really an editing process. I was recording it and finishing it at the same time."

The anger and bitterness in the song was directed at a specific person.

“It’s about somebody I’ve known since I was a child completely giving up on me as a person, deciding that was it after a lifetime of friendship, in the middle of a pandemic. I can laugh about it now, what else can you kinda do? It was an extremely raw time. Having a baby and thinking a lot about who you are as a person, it’s one of the first kind of heartbreaks is somebody you think knows you pretty much more than anybody else deciding that’s it. It’s like a breakup but it’s worse. Maybe the friendship actually wasn’t even genuine to begin with? It feels like such a betrayal for somebody to be able to say ‘Sorry, I’ve had enough’ after 30 years. The feeling is of being robbed.”

Australia's most celebrated songwriter enjoyed the discipline of the accelerated creative process of his song All Those Smiling Faces, as well as discussing his "circle songs" of repeated chords like Deeper Water and Shameless.

"Songwriting is listening," Kelly explains. "Any kind of writing is keeping your ears open. Paying attention. It's a fairly modern idea that the artists have to come up with everything themselves. When the 60s came along it was all about self-expression, whereas I'm from an older tradition where you're looking more outwards than inwards, taking stuff that's out there and try and put a tune to it and take it in, filter it through yourself and out it comes. I never thought of my writing as self-expression or autobiography or some kind of therapy, for me it's just fun picking up things going on around you and seeing if you can make a song out of it."

Kelly also admits he uses his iPhone to not only record songs, but write down ideas for songs.

"I write down scraps of conversations or lines or phrases or sometimes titles. I've learnt that if I just think of something or hear something and think 'That might be good in a song'. I write it down otherwise I forget. There's still times when I think I'll write that down later and I've forgotten about it. It's easier these days, you just put it in Notes in your phone. Under my Notes I've got song ideas as well as shopping lists and things to do. I never get on top of the things to do list."

One Guitar is available on LiSTNR now