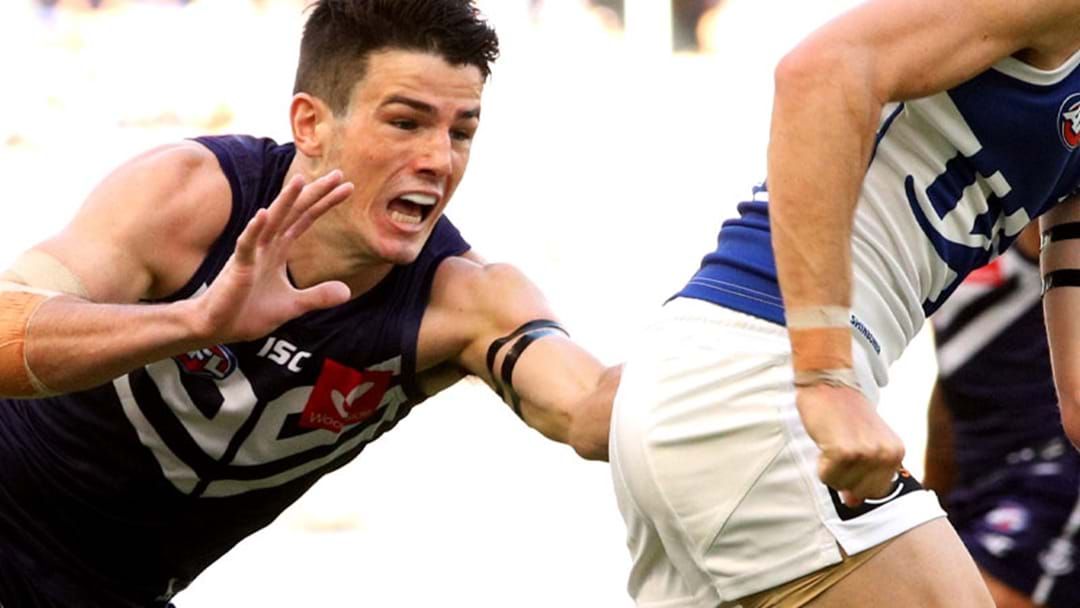 The Dockers' Andrew Brayshaw joined Perth's The Big Breakfast for his weekly appearance ahead of The Dockers' clash with Gold Coast, and Brayshaw revealed what went through his head after copping a hit to the face on the weekend.

Andrew reveals what went through his head

It's yet another tick in the book for Brayshaw since the infamous incident with Andrew Gaff in last year's derby.

The chat in full is a fairly lighthearted one that every Dockers fan will want to hear. Brayshaw speaks glowingly of Cam McCarthy's current state, the performance of the mature age recruits and how he feels about the new six-six-six rule.

Freo take on Gold Coast this Sunday at Metricon Stadium. Hear it live and free on Triple M Rocks Footy.