How Clarko Convinced Luke Beveridge To Return To Coaching 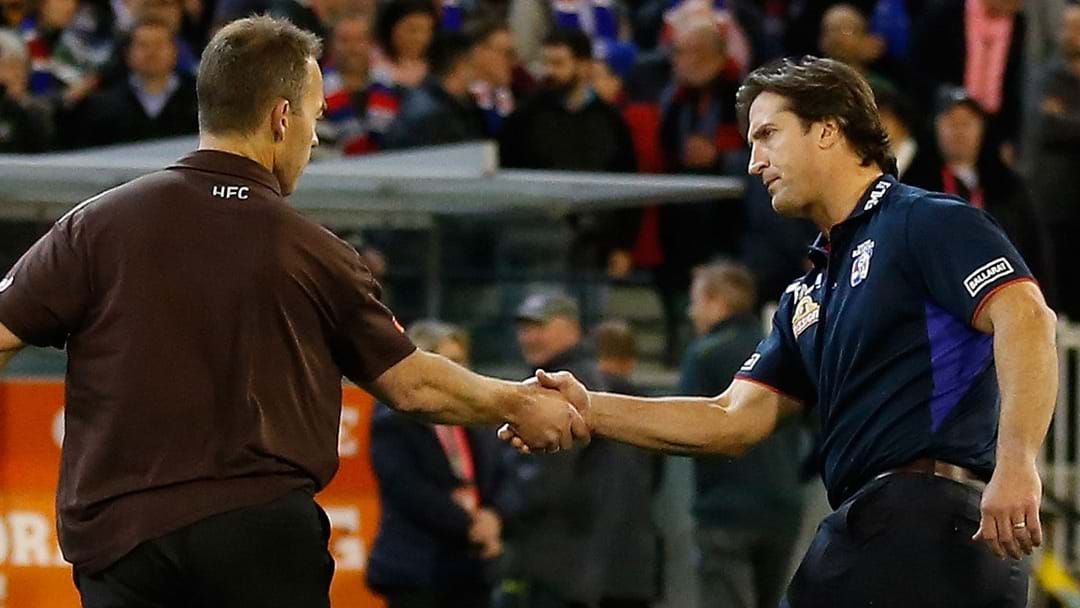 Legendary Hawthorn coach Alastair Clarkson discussed how he convinced Luke Beveridge to return to the coaching ranks as one of his assistants at Hawthorn.

Beveridge had taken up a role outside of football after being a premiership assistant coach at Collingwood in 2010.

Jay Clark asked Clarkson how he managed to get Bevo back into footy.

Clarkson threw Beveridge under the bus saying he committed to his new job fighting crime for 12 months for superannuation benefits!

But he said that Bevo "couldn't get himself away from the liniment" and they managed to lure him back into the footy industry.

The rest is history. Beveridge is chasing his second premiership on Saturday night.

Clarkson went on to talk about the sliding doors moment that nearly saw Beveridge's take a different role with St Kilda before he was appointed at the Bulldogs.