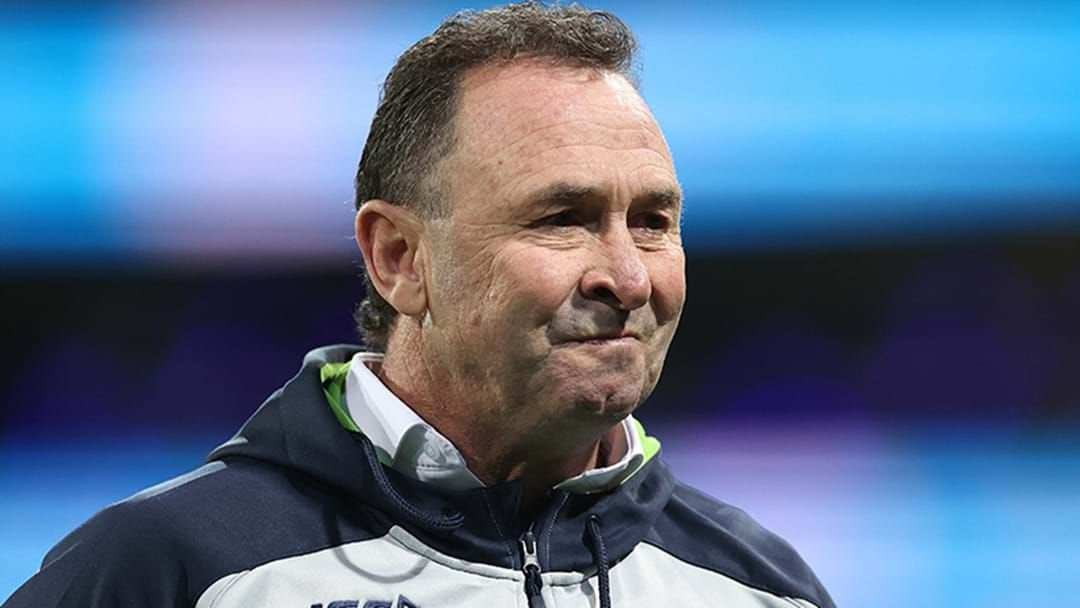 Ricky Stuart’s Raiders are sitting poised in their premiership window and the club’s charge to wards September success boils down to the steadfast cultural standards the coach holds his players to.

Speaking on The Rush Hour Queenslander, Stuart, who took the Raiders to the preliminary final last year, told Dobbo that his decision to put on notice Corey Horsburgh and Corey Harawira-Naera following the pair’s drink driving offences over summer along with the sacking four club juniors for covering up an alleged glassing incident is representative of the standards he holds his players to.

“We’re not running a crèche here; it’s about teaching these guys how to be men and telling the truth is one of those things.”

Stuart also joked that had star forward Josh Papalii failed to take down Ben Hannant in last Friday’s All-Star boxing fight he would not be welcome back at the club.