How Talking May End The Suicide Epidemic Claiming Our Mates

'Mental health does not discriminate' 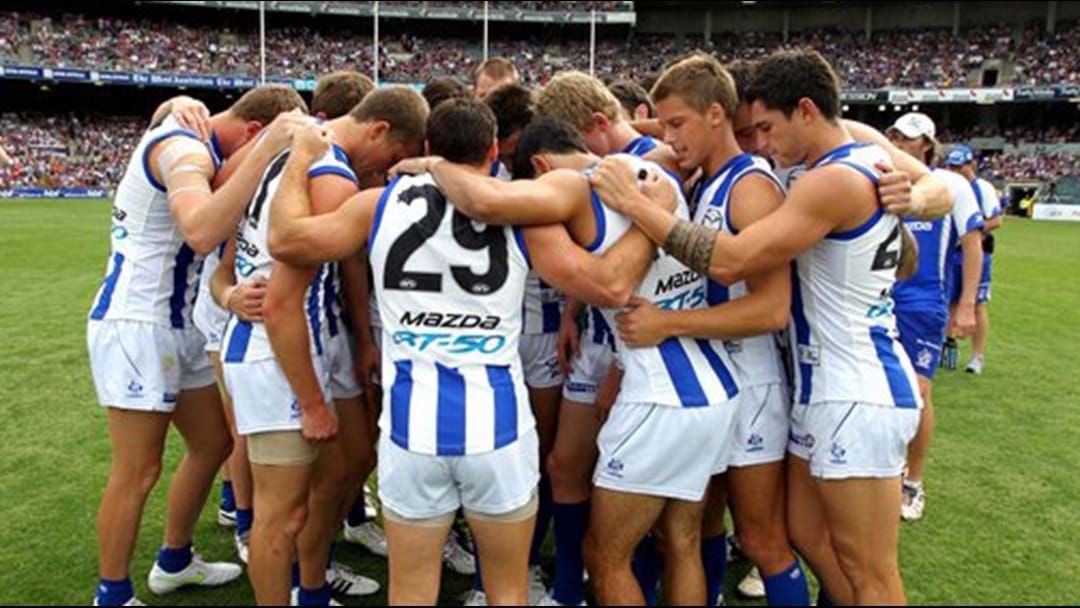 Each day in Australia, eight people take their own lives – six of them men. Despite these numbers it was no less shocking to learn of the tragic death of Linkin Park singer Chester Bennington, who police say committed suicide at his Los Angeles home, aged 41.

While athletes, artists, governments, advocacy groups, sports clubs and the media champion initiatives like the NRL's State Of Mind on having a national conversation around mental health and preventing suicide, it's still an uphill battle for some.

Stigma and expectations around these issues stops our mates, our brothers, our sisters, co-workers and partners from reaching out when times get tough.

Puka Up CEO and ex AFL star Wayne Schwass told Triple M that Bennington's death, which comes weeks after his best mate Chris Cornell of Soundgarden also took his own life, is an urgent wake up call to Australia's mental health epidemic, particularly among men.

“There are people out there who cynically think, ‘how can someone who’s in a band known all around the world, has financial security, gets to travel the world, gets to do all of these things – what would he have to be depressed about?'” Schwass told Triple M.

“Suicide is an issue right across our country but regrettably and tragically we lose two and a half times the number of people to suicide than our national road toll.”

Men aren’t turning to their mates for support

Clinical psychologist Andrew Fuller says men are willing to talk about their problems but struggle greatly when it comes to talking with things out with their mates, who can sometimes provide the greatest amount of support possible.

“Men feel they have to sort their problems out themselves,” he told Triple M.

"Women seek out their friends for support but I think men prefer to be in a position where they see someone [professionally] who is really anonymous or someone who is not involved in their social circle.”

Men see opening up as a sign of ‘weakness’

Across his years of playing AFL for North Melbourne and Sydney, Schwass admits keeping his own mental health struggles hidden from his best mates was a mistake – and admits that he should’ve instead opened up.

“This is my personal view, this notion of masculinity is fundamentally flawed because men aren’t supported, encouraged or taught to be able to communicate, to be able to articulate around issues of feelings, emotions, stress, worry, anxiety,” Schwass said.

“In a great multicultural country like Australia, we’re discouraged from being sensitive and vulnerable and asking for help and being emotional and being supported to be emotional and that includes crying.

“Men think, feel and believe if they ask help they will be seen as weak, or they think other people will think they are weak.

"That rhetoric and those attitudes must change urgently.”

The benefits of starting a conversation in difficult periods

Schwass says the first step to dealing with tricky periods is to be honest with your mates and your family about what’s going on for you, so they can help in supporting you in a positive, constructive and understanding way.

“When you bring those people closest to you into your world, into your thinking and behaviour and decisions and actions, you’re actually doing two things,” he said.

“One, you’re giving those people the opportunity to make a decision to support you.

"The other thing you’re also doing is you’re giving those key people in your life an opportunity to understand why you may be behaving a certain way.

“And when we give people information they’re in a much better position to be able to support us more appropriately and positively and constructively.”

On a broader social level, NRL Community Manager Jessica Macartney says more work needs to be done in shifting stigma on mental health, but agrees with Schwass that talking is the first step.

“In our elite levels our boys are very comfortable talking about mental health and they’re very supportive of one another,” she said.

“We’ve got high profile athletes like Barry Floyd, Joel Thompson and Matt Cecchin who’ve talked about their own lived experiences openly and honestly."

Macartney said after participants in the NRL's State Of Mind Initiative program had listened to mental health ambassadors, they reported a 72% drop in feeling stigma on discussing mental health, alongside a 97% increase in their desire to reach out.

“Sharing a lived experience is the best way to reduce stigma," she added.

"In the game at an elite level there’s very little stigma still there, but when we go out to grassroots games we realise these are conversations that still need to be had.”

What if you mate came to you for help?

Clinical psychologist Andrew Fuller says keep the discussion open and ongoing instead of having a one-off.

“Stay in conversation with them about it, rather than getting it sorted and over and done with. You’d want to say, ‘you know what, I’m here for you and why don’t we talk about this a few times rather than a once off?’” he said.

“If you only talk about something once, you think it should be solved. And sometimes people helping young men think they should be able to help with a one-off conversation.

“It’s not that simple. Ever. You need ongoing support.”

Macartney says it’s also really important to listen non-judgmentally. “People aren’t asking you to solve their problems they’re just asking you for some support,” she said.

“It’s also really important to take that next step and at the very least go to your GP, have a chat with them about what you’re experiencing and where you can access a mental health care plan.

“There’s plenty of support out there, you just have to be willing to put your hand up.”

Please, if you have anything you need to talk about, reach out to your mates or pick up the phone.