The State's breakdown on SSM 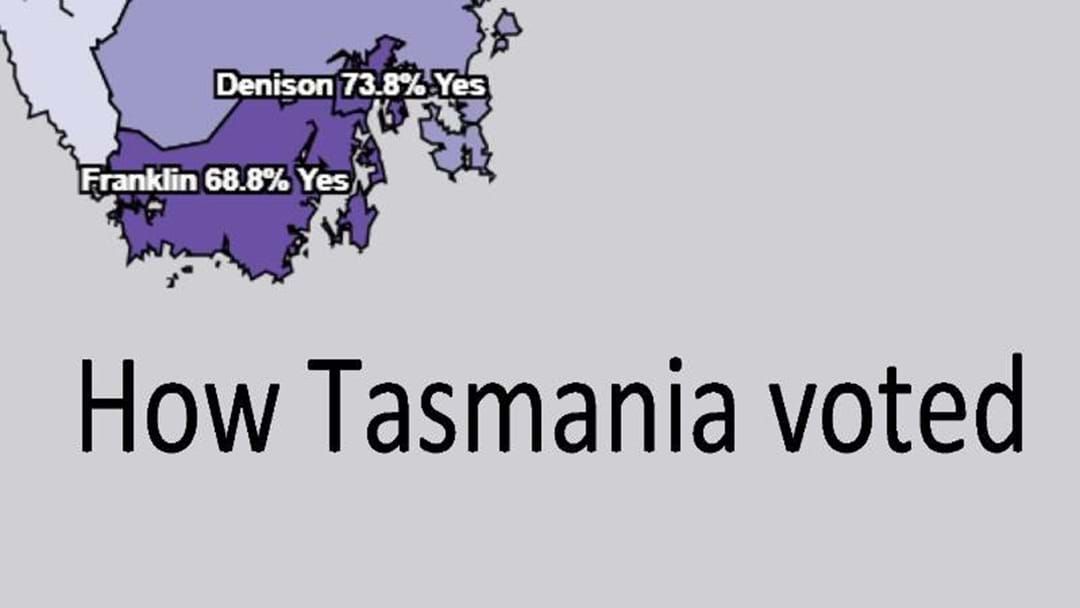 History has been made in Australia as country voted YES to same-sex marriage.

While result announced at 10am by the ABS had 61% of Australians voting “yes” to Same-Sex marriage a deeper view of the figures shows a marked contrast in voting across Tasmania.

Support for the 'yes' vote in the South of the state was much stronger than for the North, particularly in the North west.

The electorate of Denison in the state's South saw the largest 'yes' vote with 73.8% putting it amongst the highest in the country. This was in contrast to Braddon with a 54% 'yes' vote.

Bass was closer to the national vote with 'yes' gaining 61.7% of the vote.

Nearly 8 in 10 Australians had their say in the vote and it will now be up to parliament whether a bill is passed before Christmas.

Opposition Leader Bill Shorten told Triple M this morning he believed it was likely Parliament could go to a conscience vote before they finish sitting on 7th December.