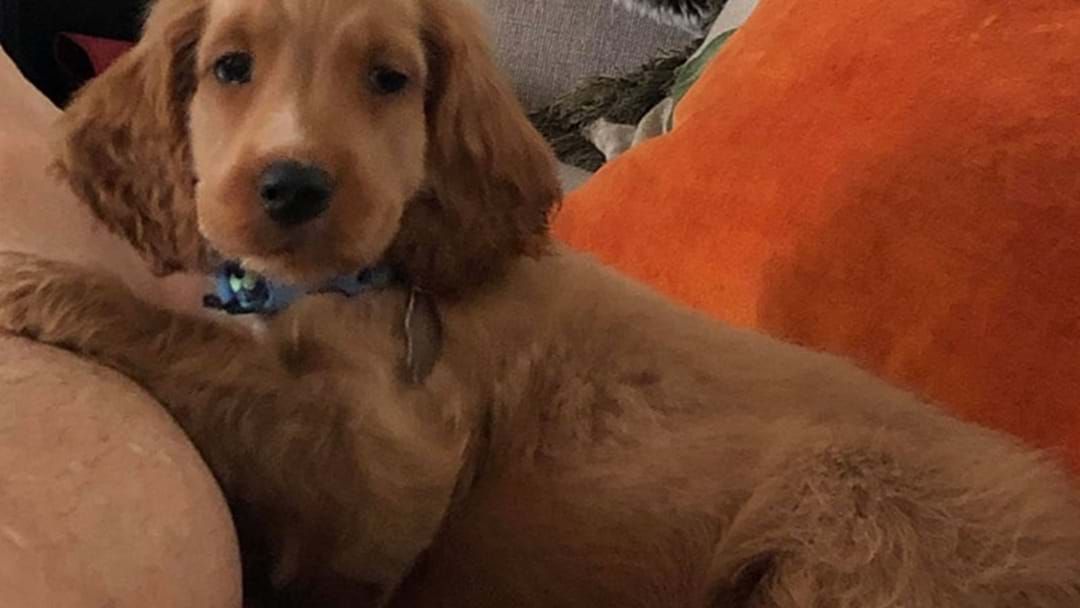 EARLIER: Yet another deeply disturbing incidence of a pet theft in #Perth has had one victim proclaiming enough is enough.

Dr Glenn Murray's family puppy Teddy was stolen from their Swanbourne residence last Friday and Dr Murray was quick to offer a sizeable reward ($10 thousand dollars) for the return of their beloved family pet.

Dr Murray has also enlisted the services of a private detective and already, they've uncovered a clue in the search for Teddy. Dr Murray has released CCTV footage that captured the perpetrators speaking about Teddy.

You have to listen carefully, but you can hear two males with Australian accents saying the following:

Dr Murray has confirmed that they have a few leads to pursue based on this audio, plus, they are awaiting more CCTV footage from another house in the area that was intruded upon that same evening.

Anyone with information on Teddy is urged to contact us via Facebook message, or on email to [email protected]. We can then pass on the details to Dr Murray.

In light of this horrific crime, Dr Murray is lobbying far and wide to make some changes to the way things are handled right now when it comes to pet ownership.

He has outlined the following proposals:

All of this is, of course, cold comfort to Dr Murray and his family as they deal with this incredibly stressful issue. Let's hope that it all works out and Teddy is found safe and well.