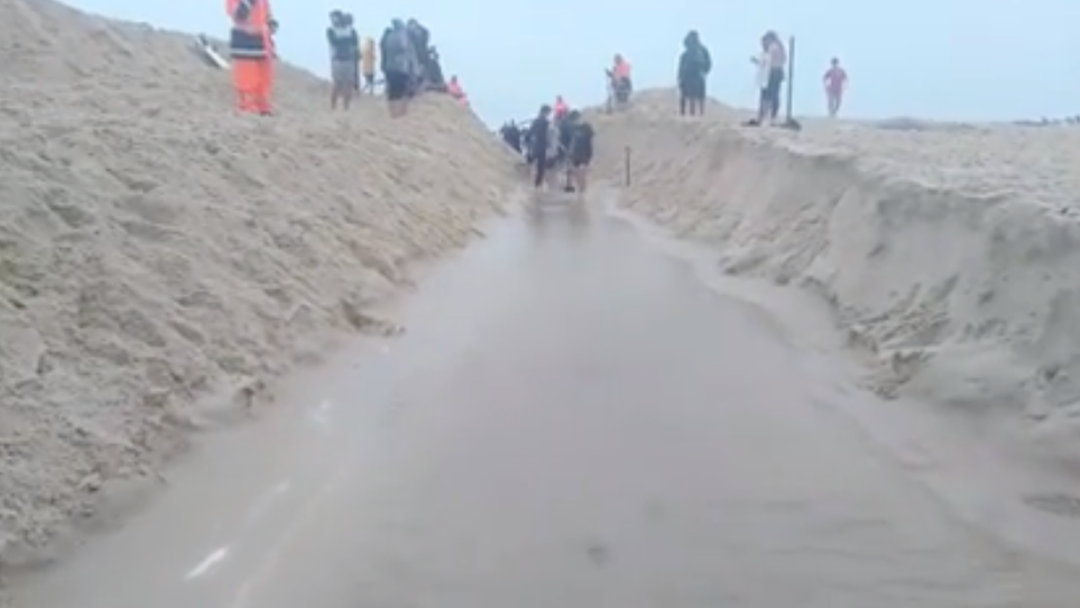 A man who is facing punishment for using his digger to help locals mitigate flooding at The Entrance has dismissed claims that he's a hero for helping the community.

Ben Weber spent three hours helping to dig a channel between Tuggerah Lakes and the sea as thousands of properties were threatened by the high waters on Sunday evening.

But the Chittaway resident has downplayed his heroism, explaining that it was his six-year-old daughter who spurred him into action.

Weber also described what it was like when he was ordered off the beach by police and rangers; he's still waiting to hear what charges, if any, will be brought against him.

"I got the phone call off a couple of guys saying that... they'd blocked my truck in in the carpark and to get the hell out of there," he said on Wednesday morning.

"As soon as I got back to the carpark the coppers bailed me up, and the rangers."

Paddy and Rob also spoke to Member for Terrigal and Government Whip Adam Crouch, who spoke about what he believes the council should have done, and what the State Government are willing to do to help fix the issue.

"This is a ridiculous situation, let's be really really clear," Crouch said. "The Entrance channel is a local waterway, and it is council's responsibility.

"It always has been, always will be.

"In saying that, the state government is always there to provide assistance and funding."

Hear his interview below: