StuffIf You Thought Pineapple On Pizza Was Divisive, Get A Load Of This Tinned Spaghetti Number

If You Thought Pineapple On Pizza Was Divisive, Get A Load Of This Tinned Spaghetti Number

Nope, not a joke 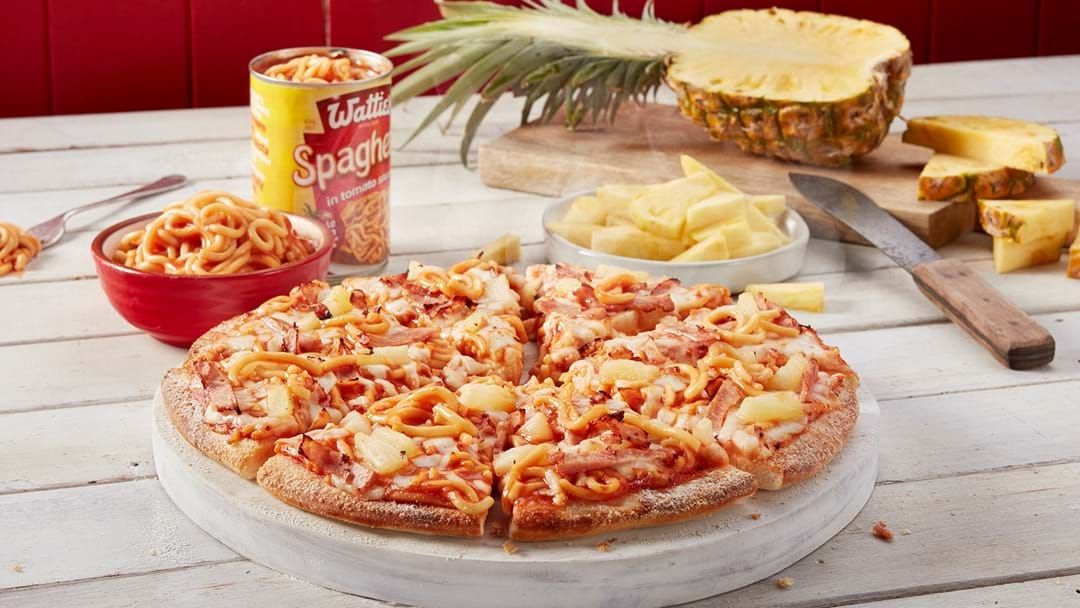 It was only a matter of time before someone thought to cash-in on the trick of combining the two laziest dinner options available: Pizza, and tinned spaghetti.

Enter Domino's New Zealand, who have apparently taken some people on a trip down memory lane with their latest offering, the Hawaiian Spaghetti Pizza.

Oh yes. Not content with dividing customers with the option of adding tinned spaghetti to a ham and cheese pizza, Domino's are going all in by chucking pineapple on it, too.

"We've officially added Hawaiian spaghetti pizza to our menu for a limited time only, with help from our friends at Wattie's NZ (no April Fool's this time)," the company said in a statement.

The pizza (which could actually be good?!) is only available for a limited time across the ditch, but it's already triggered a whole heap of nostalgia.

"That pizza looks like how we use to have homemade ones when I was young, about 40 years ago," came one reply.

"Was how I used to make home made pizza when you were young," said another fan.

Not everyone loved their childhood dinners, though.

"I used to wanna gag on the spaghetti pizzas grandma used to make," added one, clearly scarred, naysayer.