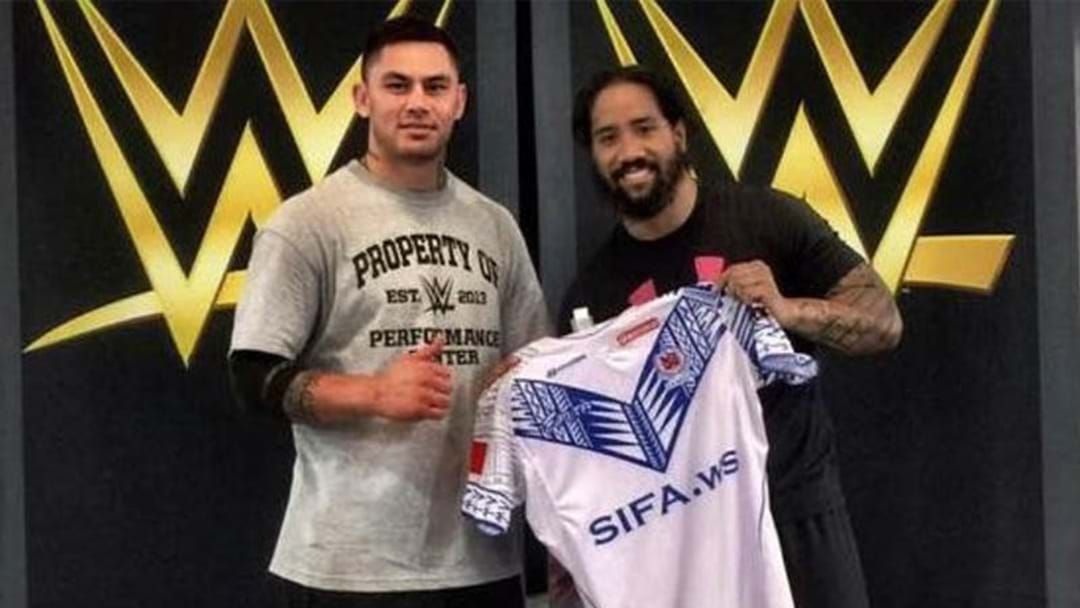 The 28-year-old who played in the NRL for the Dragons, Broncos, Raiders and Titans, had his first tryout with the company in 2015 but wanted to continue his rugby league career at the time.

However, late last year interest peaked again from the WWE and Vidot was sent down to the company's Performance Centre in Miami, Florida for yet another trial.

And now having retired from rugby league at the end of 2017, Vidot decided to pursue his venture in WWE signing a two-year developmental deal with the company.

Vidot joined Triple M's The Weekend Legends and discussed all the details behind his deal.