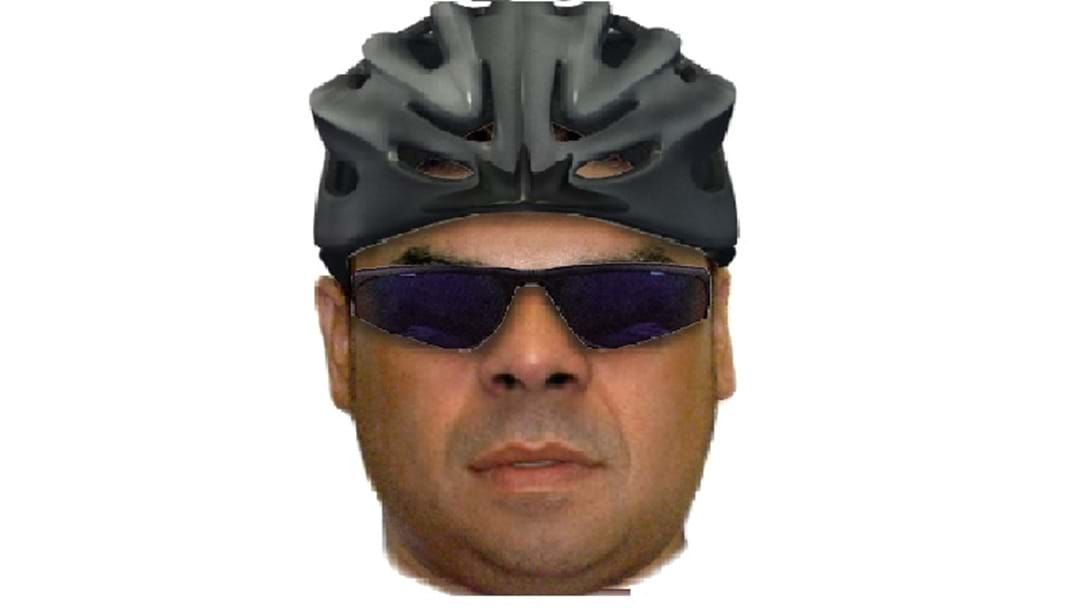 Police investigating a sexual assault in Ardross yesterday have released a composite image of the man responsible.

A woman in her 20's was attacked as she walked along a path in Wirless Hill Park just after 2 o'clock in the afternoon.

It is believed the man was riding a bike in the area at the time.

The offender is described as 38 to 45 years old, clean shaven with an olive complexion, solid build, and dark short hair.

He's about 180 centimetres tall, wearing black lyrcra shorts and short with a black helmet and sunglasses.

Anyone with information or who saw the man in the area yesterday is urged to call Crime Stoppers on 1800 333 000 or online at www.crimestopperswa.com.au