INSIDE THE BUBBLE: Cronulla Sharks Coach John Morris Gives A Glimpse Into The "Very Strict Protocols" Players Are Now Following 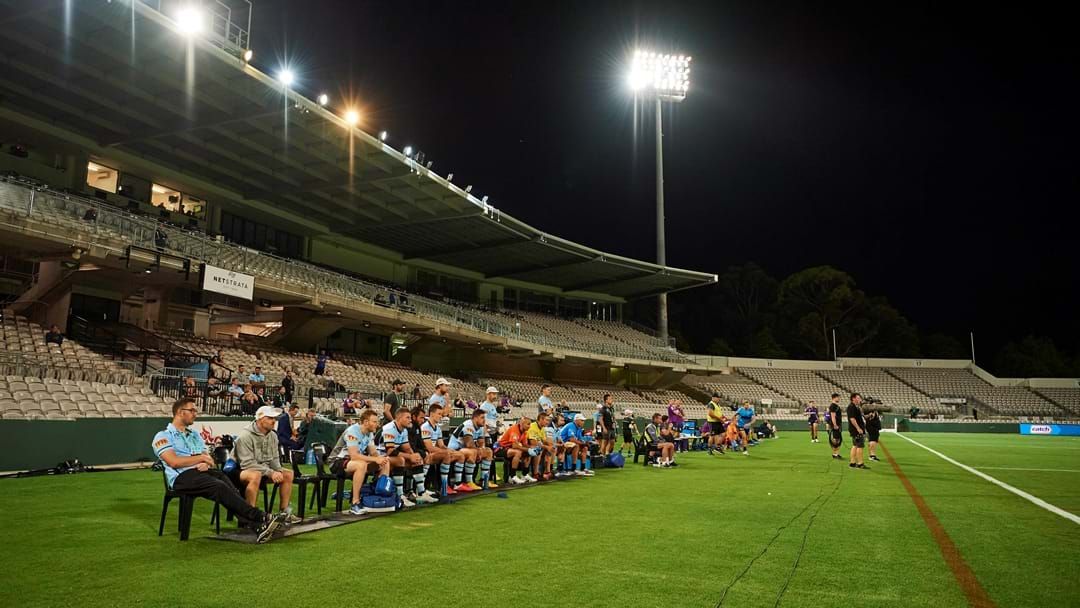 NRL players returned to training on Monday for the first time since the Premiership had been suspended and Cronulla Sharks coach John Morris has given us a glimpse into just how strict the protocols are.

Speaking to The Rush Hour with MG just hours after his team participated in the education day, Morris explained exactly what they have to go through before they're even allowed in to the building.

On the topic of player fitness after six weeks off, Morris joked about some players' fear around "Fat Club", with weight testing coming later in the week.

"The dreaded [testing] on the Wednesday morning, when the boys come in," he laughed. "So no doubt they probably won't be eating before then!"