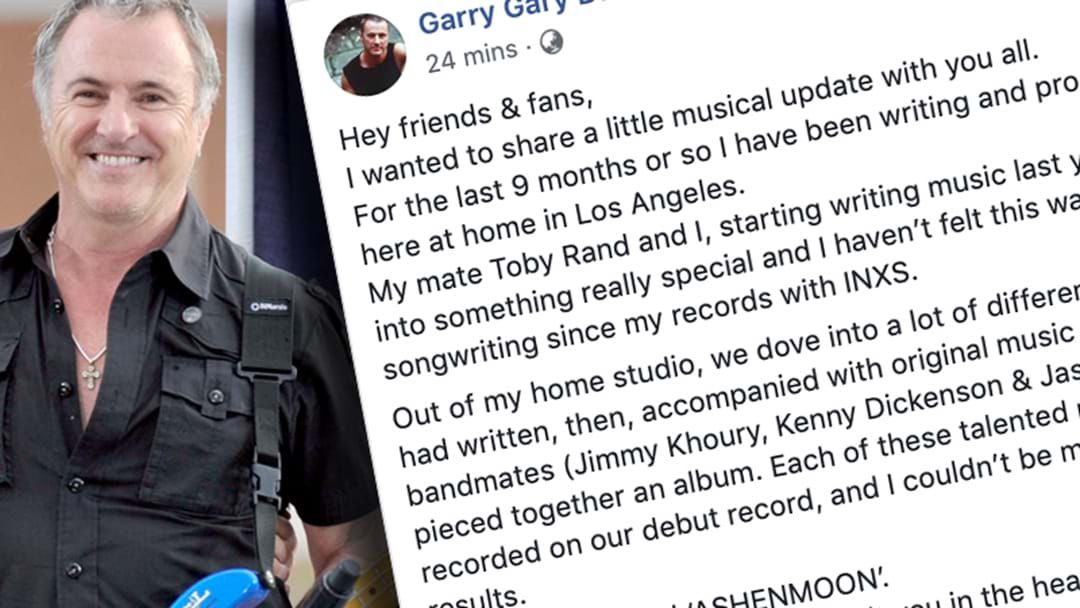 INXS bassist and ex-pat Aussie now calling LA home, Garry Gary Beers, has taken to social media to announce that he has formed his own band now that has him feeling "something really special and I haven’t felt this way about my songwriting since my records with INXS."

Exciting news if you love INXS and the fine work of one G. G. Beers.

This bloke Toby Rand is a fellow Aussie living in LA and according to Gary, has similar chops and ability to that other singer Gary spent a bit of time with, the late great Michael Hutchence.

A big rap, so let's see what comes out of this brand Aussie(ish) band out of LA.