Mix MusicINXS With The Legendary Ray Charles... The Never Been Released Audio Released On The World

INXS With The Legendary Ray Charles... The Never Been Released Audio Released On The World 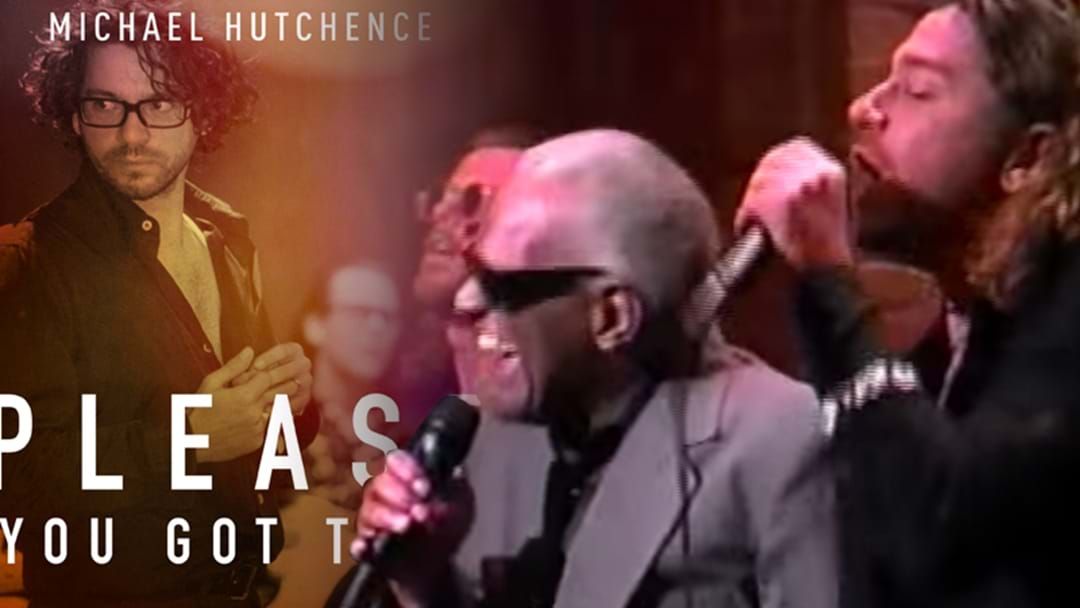 With the much anticipated doco about the late great Michael Hutchence only a week or so away from release in Australia, a brand new take on an old INXS track has been released and what can we say, it's immense.

In 1993, INXS collaborated with the legend that is Ray Charles on a track that would become their second single off the Full Moon Dirty Hearts album, called Please... You Got That.

The original recording was quintessentially INXS, merging rock and funk riffs in the only way they knew how. But this time, they added some serious blues cred in the performance of Mr Charles.

Sadly, almost inexplicably, the single failed to perform the way most had anticipated.

Now, 26 years on, the single has been re-released with never heard before audio capturing Hutch and Mr Charles talking to each other, trying to nail the vocal take in one foul swoop.

It's intimate... it's candid... and it's never been heard until now.

The song is the second single - coincidentally - off the brand new album Mystify – A Musical Journey With Michael Hutchence, a "musical journey" featuring some much loved and rare recordings such as the one above.

Of course, the recording studio wasn't the only place the band got it on with Mr Charles. In 1993, they appeared on Letterman's show for a rocking live performance of the track.

From that day, INXS guitarist Tim Farriss recalled the following:

"We're jamming away, in the third take, and Mr. Charles – he was always Mr. Charles to me – doesn't have much patience for that stuff. He wanted to get out of there as soon as possible. Then, all of a sudden, Michael runs off to have a piss. While I'm standing there, Mr. Charles comes over, puts his hand on my shoulder and goes 'Michael, I love the way you're singing this thing. It's so cool.' It was really heavy to have to say, 'Uh, Mr. Charles, I'm not Michael.' But then he laughed his head off. He thought it was really funny."