This story is wild! 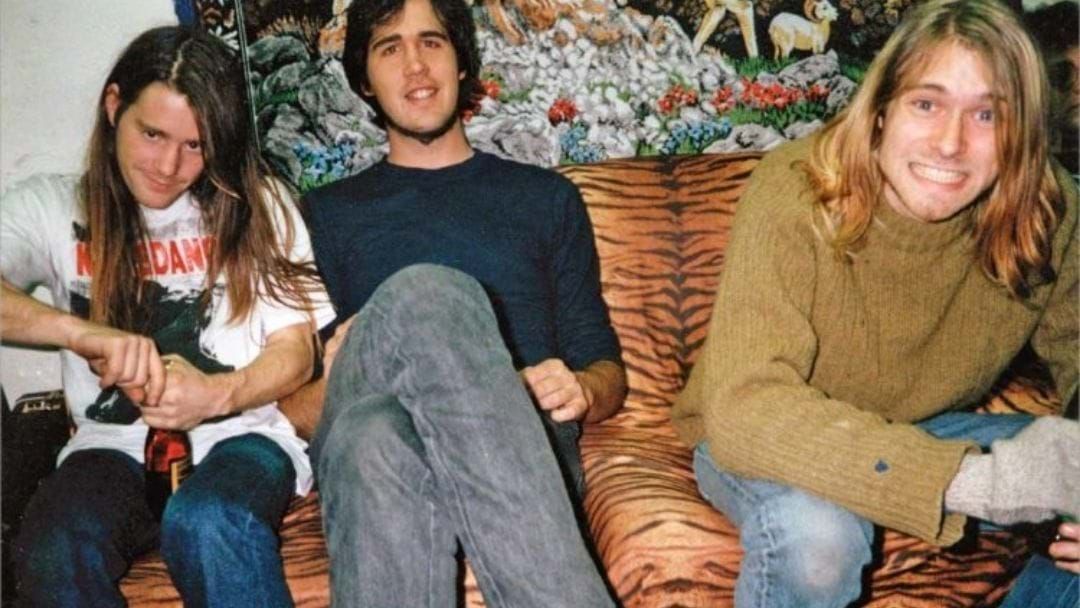 It's hard to believe that it's been a whopping 29 years since we were hearing the masterpiece Nevermind for the first time.

It's the landmark album that has been credited with marking a generational shift in music, and rocketed Nirvana into the mainstream music scene and international success. It gave us the anthems Smells Like Teen Spirit and Come As You Are.

In his Nirvana biography Come As You Are: The Story of Nirvana (1993), music journalist Michael Azerrad wrote that the album "came along at exactly the right time. This was music by, for, and about a whole new group of young people who had been overlooked, ignored, or condescended to."

It was a pivotal point both for the band and the music industry. But before it reached the level of success that it did, there was the release party...

The band celebrated Nevermind on 13 September, 1991 at Re-bar in Seattle, 11 days before the album's official release on 24 September.

“Nevermind Triskaidekaphobia, Here’s Nirvana. On Friday the 13th, join Nirvana and DGC Records for a release party in honor of Nirvana’s DGC debut album Nevermind. Edible food, drinks, prizes you might want to take home, a few surprises, people to meet, the band to greet… But nevermind all that, the important part is the music. Hear Nevermind in its entirety and loud.”

Sounds like a party you'd want to be at!

But the celebrations re-located from Re-bar after Cobain, Novoselic and Grohl were booted out of the venue for starting a food fight.

Supposedly the event was serving beer only, so Cobain's mate Dylan Carlson snuck in a bottle of whiskey, which he hid in the Re-bar photo booth.

In Everett True's book Nirvana: The Biography, Carrie Borzillo outlines how things went south from there. After the beer ran out, and with the DJ having spun Nevermind twice already, it wasn't long before some of the "edible food" promised on the invitation started flying across the room.

Apparently the first food item to be hurled was a tamale, thrown by Novoselic at Cobain and Carlson. No stranger to food fights, Kurt then threw some guacamole back at his bandmate (although Nirvana: The Biography notes this may have been Green Goddess dip, if that alters your visual image at all).

As you can imagine, that quickly kicked things off, leading Steve Wells, the owners of Re-bar at the time, to throw the guests of honour out of the party along with some others.

They ended up out on Howell Street where there was allegedly some puking and sarcastic begging to be let back inside, before the lads were picked up and taken on to the next location to wreak more havoc.

"What a fun time! I think they probably saw this thing as a big joke in the first place. For some reason no alcohol was allowed but Dylan Carlson had a bottle of whiskey and was serving it inside the photo booth machine (felt like sneaking alcohol in high school).

"I believe they got kicked out because they started a food fight with the record companies refreshments and the re-bar people were not too happy about it. Krist was then jokingly begging to be let back in through an open barred window to no avail.

"After this everyone retreated back to Charles Peterson's downtown loft to continue the party but Kurt soon set off a fire extinguisher and everyone had to leave. That's when I bailed so I don't know if there was any more fun that night."