Cricket News"It Was A Bloody Shambles": Both BBL Finalists Got Woken Up In Their Hotel At 2 In The Morning Overnight

"It Was A Bloody Shambles": Both BBL Finalists Got Woken Up In Their Hotel At 2 In The Morning Overnight 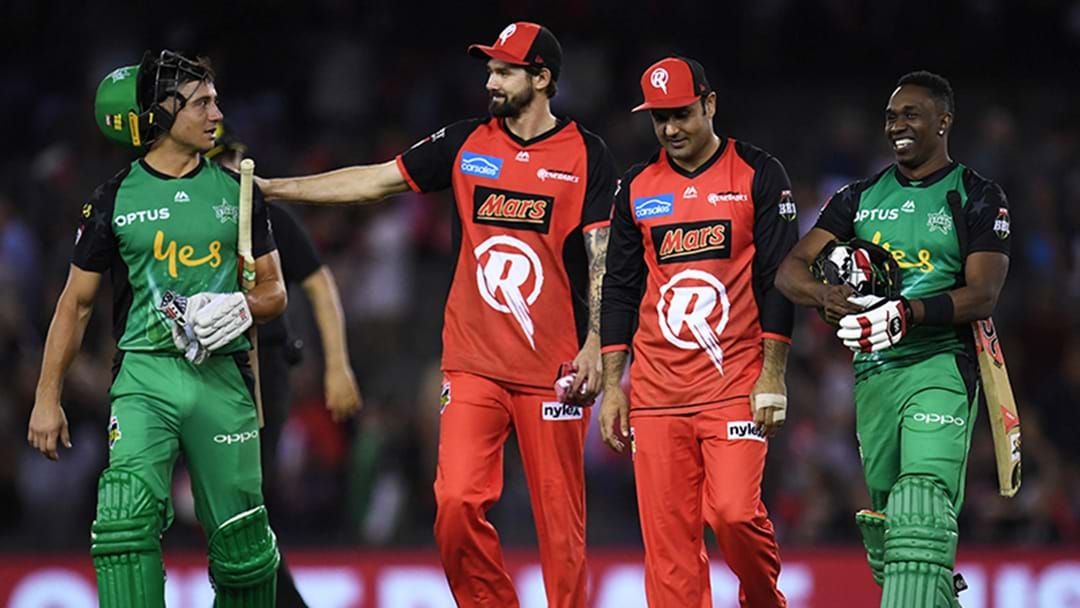 Both Big Bash League teams have had a rude awakening ahead of Sunday's final at their team hotel, all being woken up at 2:30 in the morning!

Gotch told Dead Set Legends he had stayed home, being a Melburnian, so they phoned up Fox Sports commentator and Triple M's own Mark Howard.

He explained the two teams, as well as the commentators, were all rudely awakened in the same Melbourne hotel overnight.

"It was a bloody shambles! That's what happened," Howie said.

"I finally got to sleep about 2 o'clock. At half past two, there's klaxons, there's alarms, there's noise going on."

Howie said there were about 150 people, plus a bunch of star cricketers, all stranded outside thanks to the rogue alarm.

"The only bloke that didn't look disheveled was Adam Gilchrist, because he was still in the bar at the time!" he laughed.

"He just interrupted his session for a little period and then continued on with what he was doing!"