"It Was An Experience!": James Sicily's Hilarious Story About Playing Golf With Shane Warne & Sam Newman

"It Was An Experience!": James Sicily's Hilarious Story About Playing Golf With Shane Warne & Sam Newman 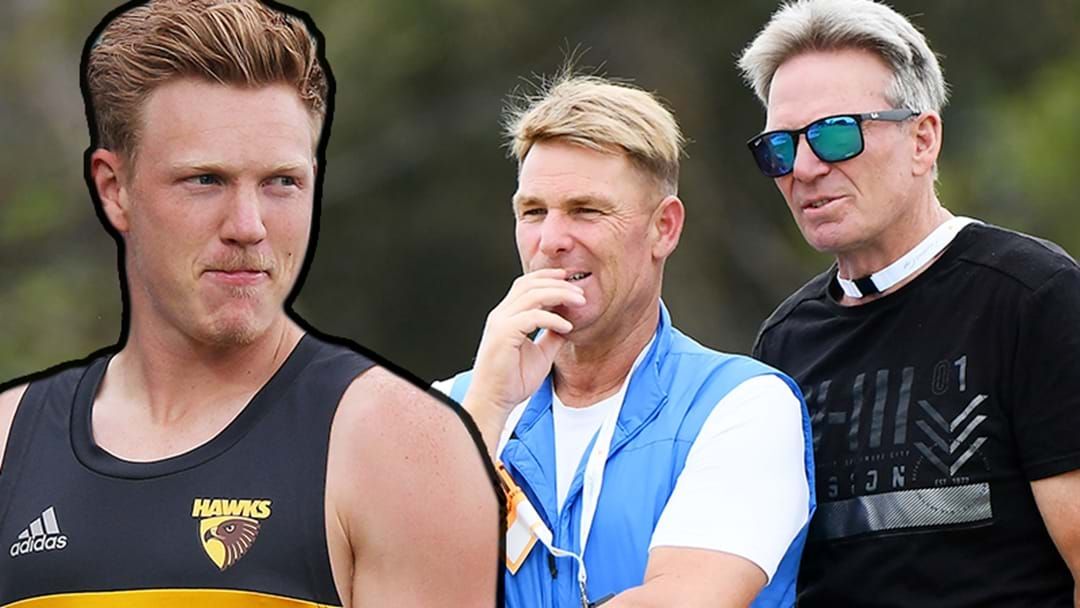 Hawthorn star James Sicily was a special guest of James Brayshaw and Billy Brownless on Triple M's Rush Hour, where the topic flipped to golf.

Sicily recently had a hit with Sam Newman, so JB quizzed in on how it all went down, telling Sicily that golf with him is one of the "more hilarious" things.

The Hawks champ revealed Shane Warne joined the two of them too, and talked us through the crap they talked, bets they had and how bizarre it all was.

"It was an experience!" he laughed.

"We ended up playing with Shane Warne as well! So those two were just giving each other crap the whole game.