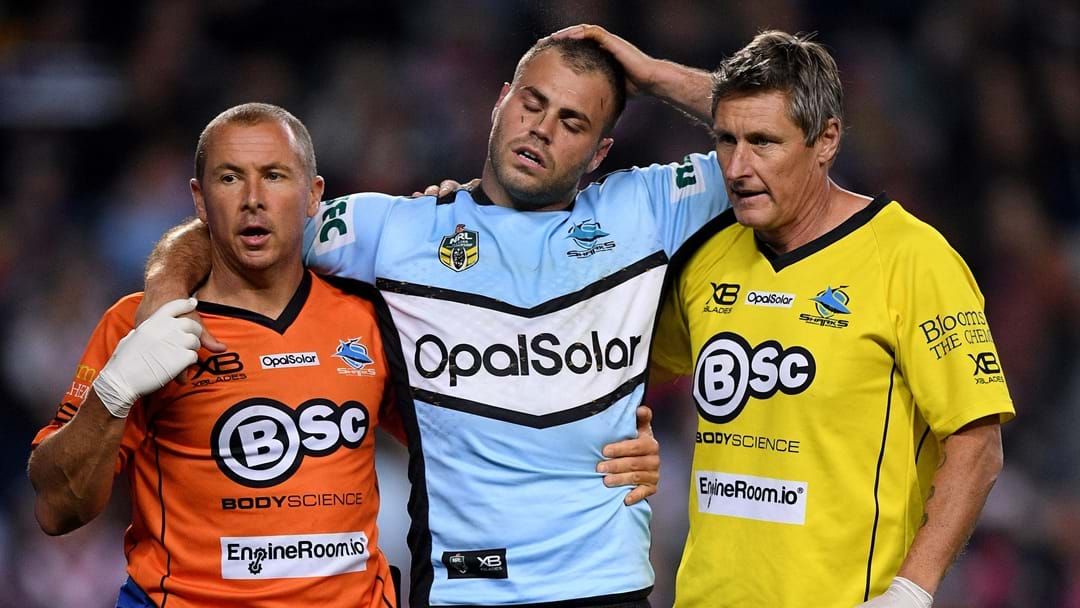 Almost exactly six months after having his season cut short with an ACL injury, Wade Graham has revealed that he this week passed "a big milestone" on his road to recovery.

The Sharks co-captain was forced to leave the field early in the first half of Cronulla's preliminary finals loss to the Roosters, with fellow skipper Paul Gallen later confirming he'd torn his ACL.

But, as Graham joined Triple M's The Rush Hour with MG on Tuesday night, he had nothing but good news for fans, admitting that he was "tracking well".

In an extended, off-air chat, Graham also spoke how much of an impact Valentine Holmes leaving had had on the club, as well as touching on Shane Flanagan's deregistration by the NRL.