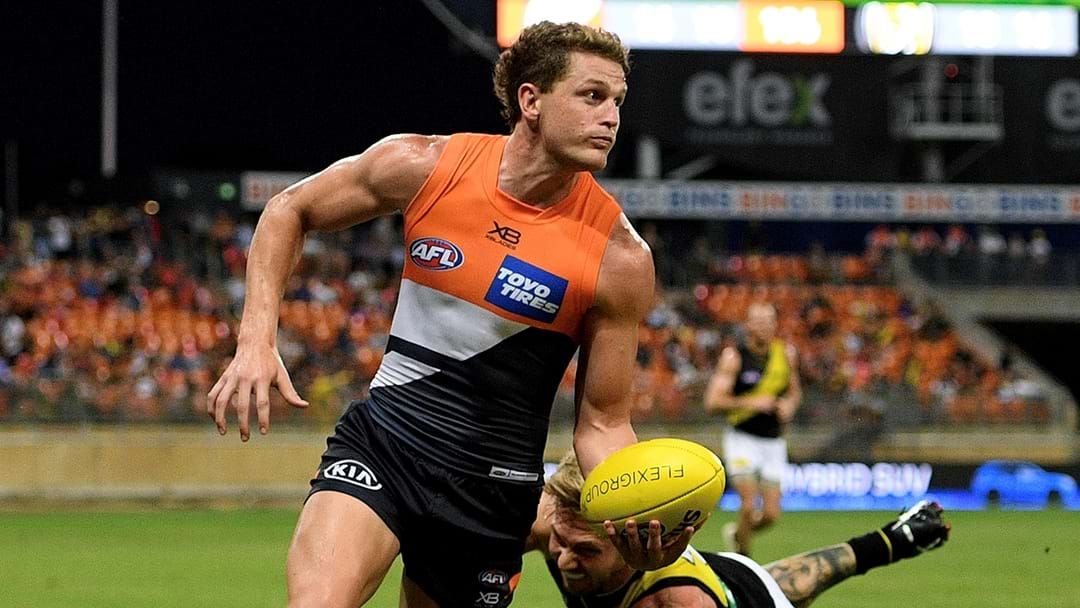 Hopper, who was out of contract at the end of the season, will stay at the Giants until the end of 2021.

The 22-year-old has broken out this season, averaging 27 disposals, 12 contested possessions and six clearances a game in 2018.

"Jacob is a born and bred Giant having come all the way through our academy pathway,” GWS list manager Jason McCartney said.

“He’s an impressive young man on and off the field and we’re excited he’s committed to remain a Giant.

“The way he’s stepped up this season has been fantastic and no doubt he’ll have an important role to play for our club as the season progresses.”