Jakovich: Responds Publicly To Carey's Comments And Suggests They "Take It To The Boxing Ring"

Jakovich: Responds Publicly To Carey's Comments And Suggests They "Take It To The Boxing Ring" 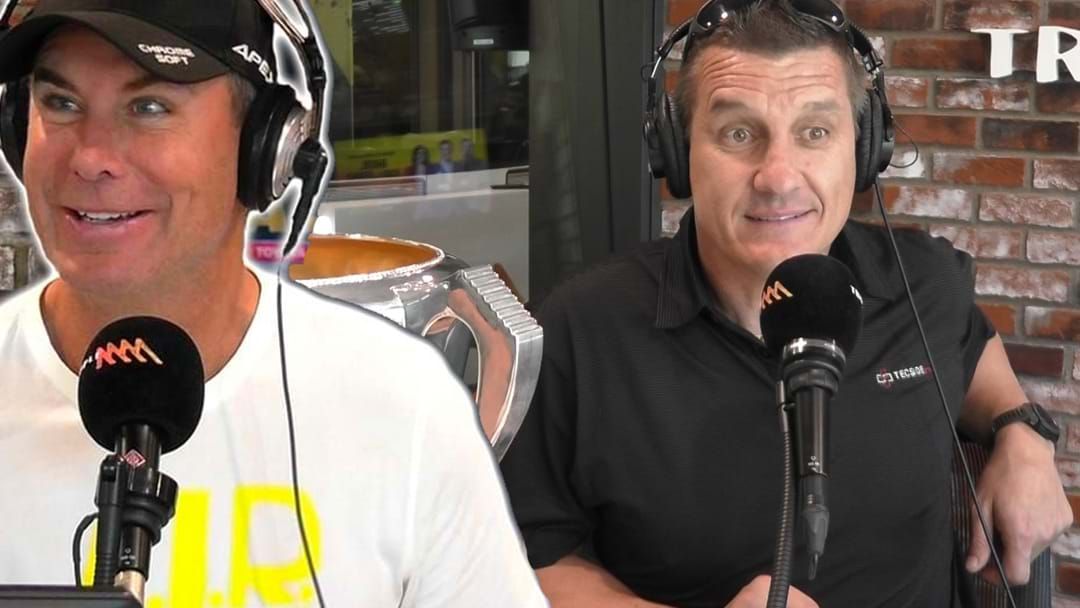 Former West Coast great Glen Jakovich has responded in kind to Wayne Carey's comments about him on the Saturday Rub from a few weeks ago.

Carey made some disparaging comments about Jakovich and their famous rivalry, so we thought we do the right thing and play those comments to Jako when he popped into the Rush Hour with this year's Premiership cup.

As you'd expect, just like on the field, Jakovich didn't hold back.

"He's still sooking. Those big muscles, I used to get him in a headlock, he didn't like it, did he?"

Of course, there's tongue in cheek for much of this chat, but we do like the idea of Jako and Duck getting in the boxing ring. Can we make that happen?

The chat in full predicts this weekend's big game and yes, Jako talks about his role as the Premiership Cup's ambassador.