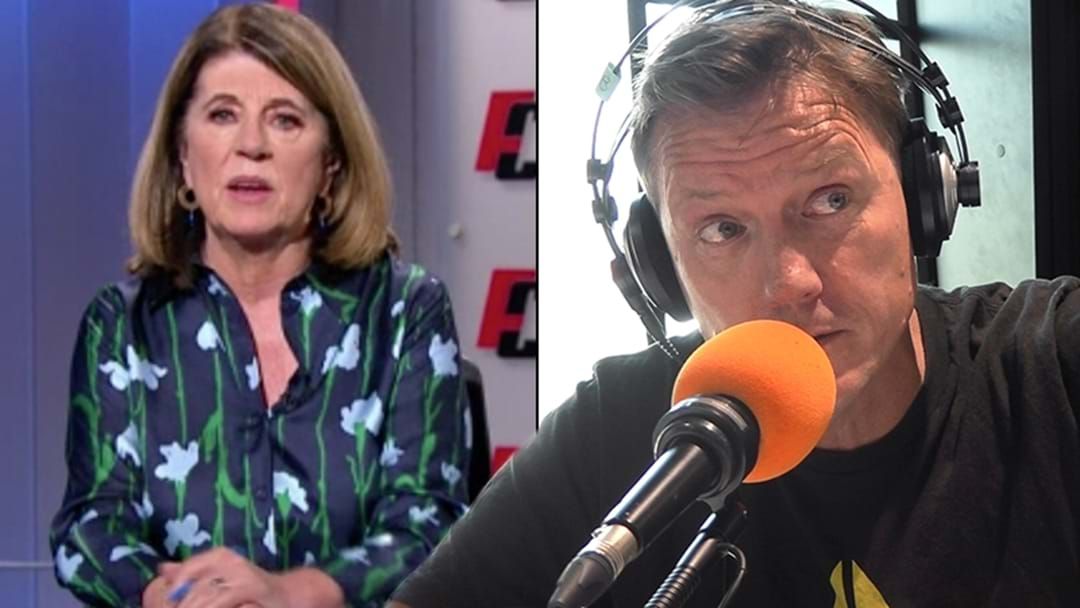 James Brayshaw has hit back at Caroline Wilson on Triple M’s Rush Hour for raising the topic of relocating North Melbourne to Tasmania, urging her to "let it go".

Wilson told Footy Classified on Monday night there is a view in the AFL that Tasmania “should not be off the table” in regards to having a team in the competition, and linked North Melbourne to a move as a means to “keep everyone alive”.

JB - the former North Melbourne president - was not too thrilled with what she said.

“Caro, I would have thought the third-degree burns you sustained taking that position for 10 years might have stopped you going there again,” he said on Triple M's Rush Hour with JB & Billy on Tuesday.

“It just shows you some people will never learn.

“Here’s what I say to Caro: let it go. You’ve embarrassed yourself long enough.

“For a start, it’s negative, while we’re already dealing with enough negativity, but secondly, it is baseless garbage and she knows it, and that makes what she says even worse."