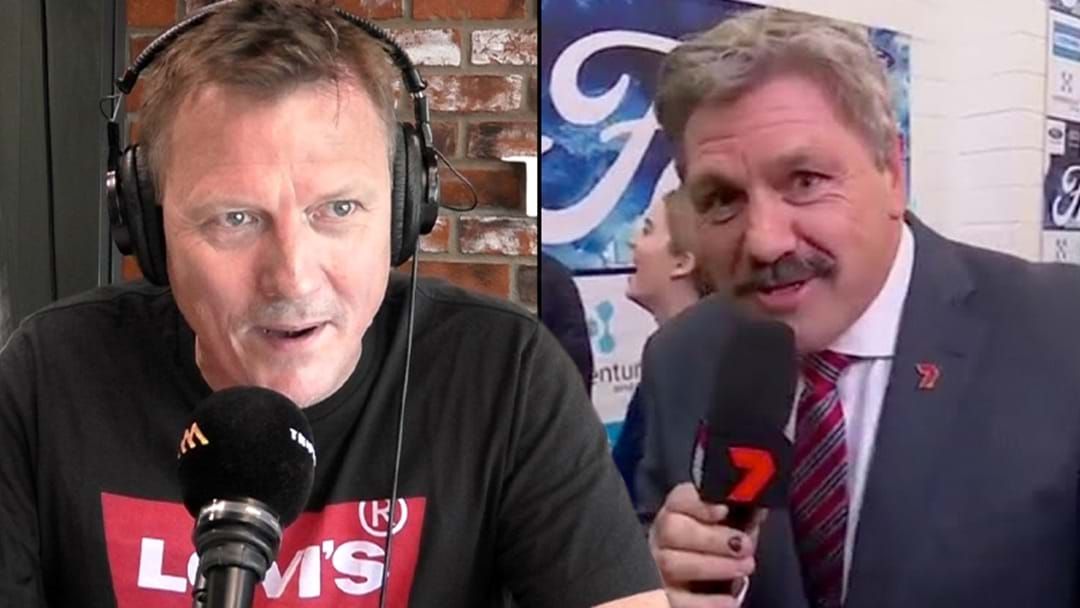 While James Brayshaw was chatting to Andrew Brayshaw in the Triple M Perth studios on Triple M's Rush Hour, Billy Brownless interjected with a question for JB.

It was about his quarantine buddy Brian Taylor.

There'd been some mail coming Billy's way that Roaming Brian had returned at a WA function earlier that morning, a function JB also attended.

So JB confirmed Brian definitely Roamed - and asked a few real pointed questions to some of the most high-profile guests in attendance!

"He was! Did a very nice job of it too, just roamed around the room," he said.

"He picked the chairman of Seven West Media off, the great Kerry Stokes