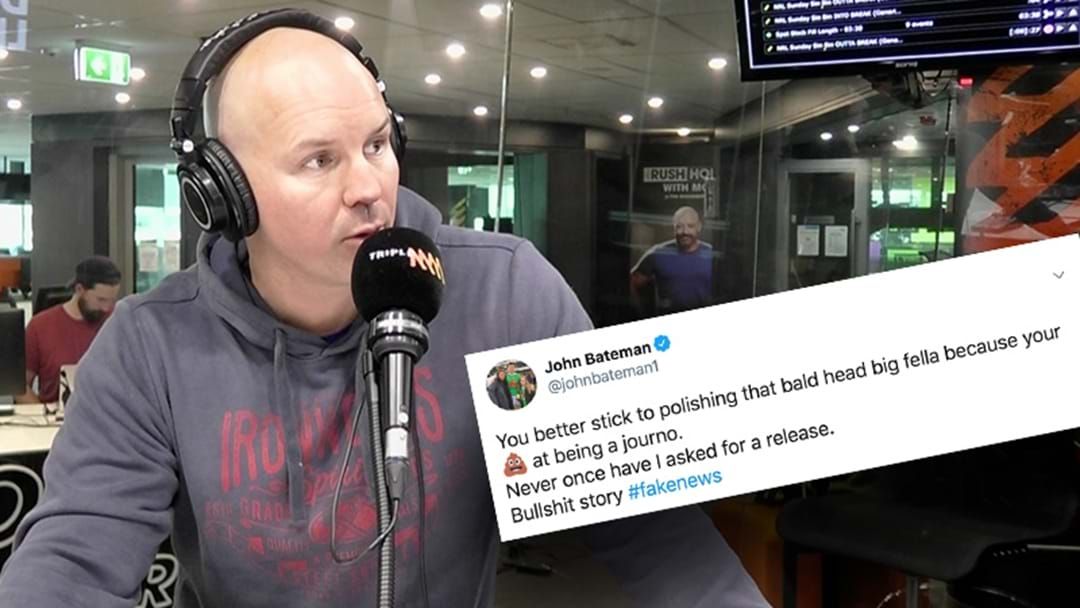 Following a report earlier in the week from Hooper who claimed Bateman has asked for four releases from his current side, Bateman took to Twitter to rubbish suggestions.

Hooper responded on Triple M's Sunday Sin-Bin to share his side of the story.

Fellow Englishman Josh Hodgson joined Triple M's Sunday Sin-Bin and opened up on the conversations he had with his teammate; hear the chat below.