"You're making me puke!" 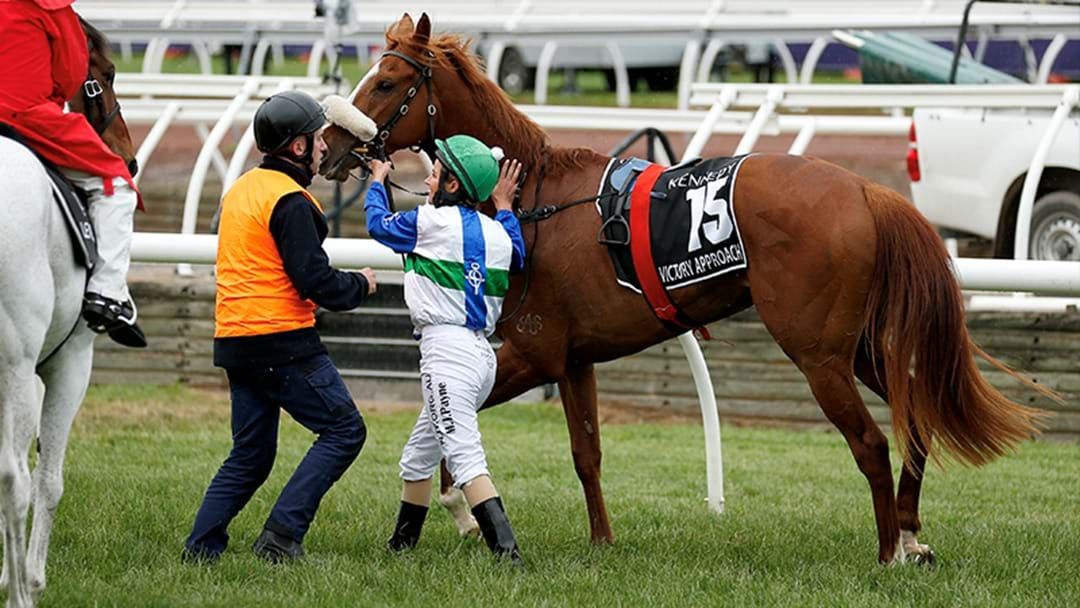 It was a disappointing day for the team behind Victory Approach, with the horse pulling up to finish last at the 2019 Kennedy Oaks.

Victory Approach, ridden and trained by Michelle Payne and part-owned by Jane Kennedy, ended up walking over the line and well behind the pack.

It was favourite Miami Bound that ended up taking the race out.

With Jane returning on Friday after attending the race, Mick and Dangerous Dave were all ears as to what happened and whether the horse was hurt - and what happened to their $2.50 each way bets.

"I was texting with Michelle," she said.

So Jane revealed the issue...