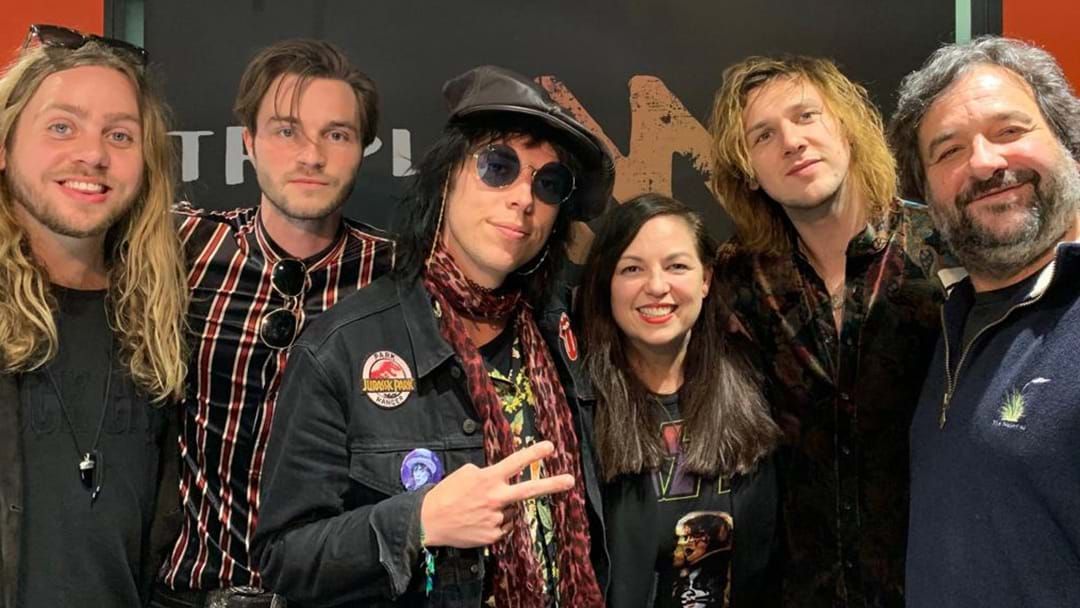 Image: The Struts with Kennedy Molloy

Dropping into Kennedy Molloy on their whirlwind Australian tour, UK rock band The Struts blew the team away with their acoustic version of their hit single, Body Talks.

The rock band's singer, Luke Spiller confessed his love for Aussie folk singer John Williamson, an artist he got into on a family holiday to Australia when he was a kid.

Talking about his earlier Aussie visits, Spiller mentioned he'd visited Parkes, NSW- the home of 'the dish' that Jane Kennedy wrote the film, The Dish about.