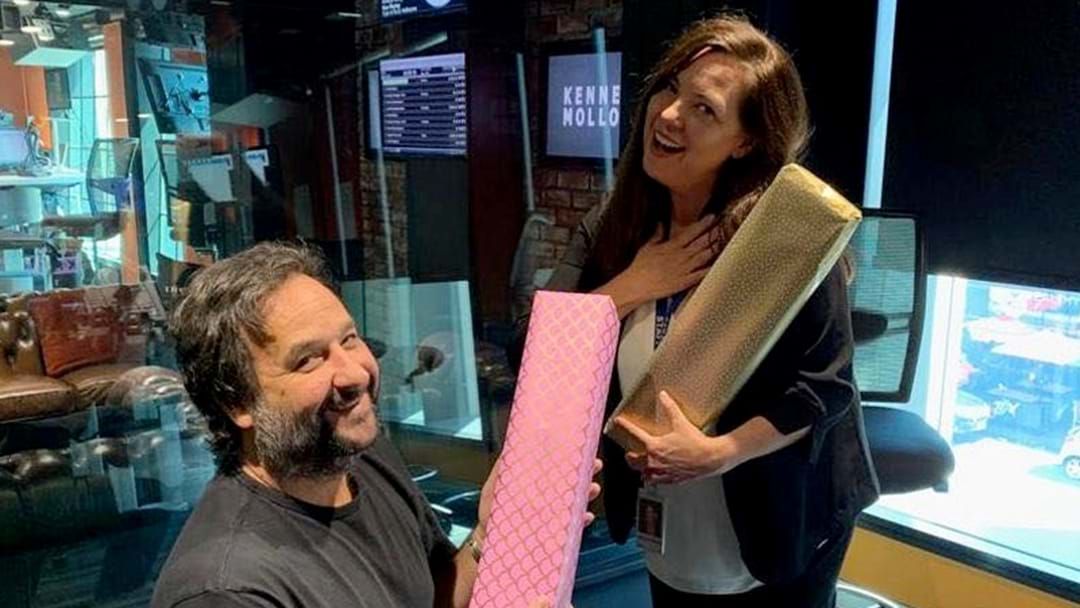 Jane Kennedy bid farewell to Kennedy Molloy on Monday, stepping down from the show to focus on her five kids and their schooling for 2021.

She joined Mick and Dangerous Dave for the second hour of the show and - although she promised to drop by and keep Mick in line - left with a touching message to Mick, the team and the Triple M family.

"Can I just say something?" she said.

"Thank you so much. Thanks Triple M!"

Don’t miss a moment of Molloy and subscribe to the Catch Up podcast on the Triple M app! Download it on iTunes or Google Play.