Jason Alexander Has A Crack At WA Newspaper For "Blindsiding" Him

Jason Alexander Has A Crack At WA Newspaper For "Blindsiding" Him 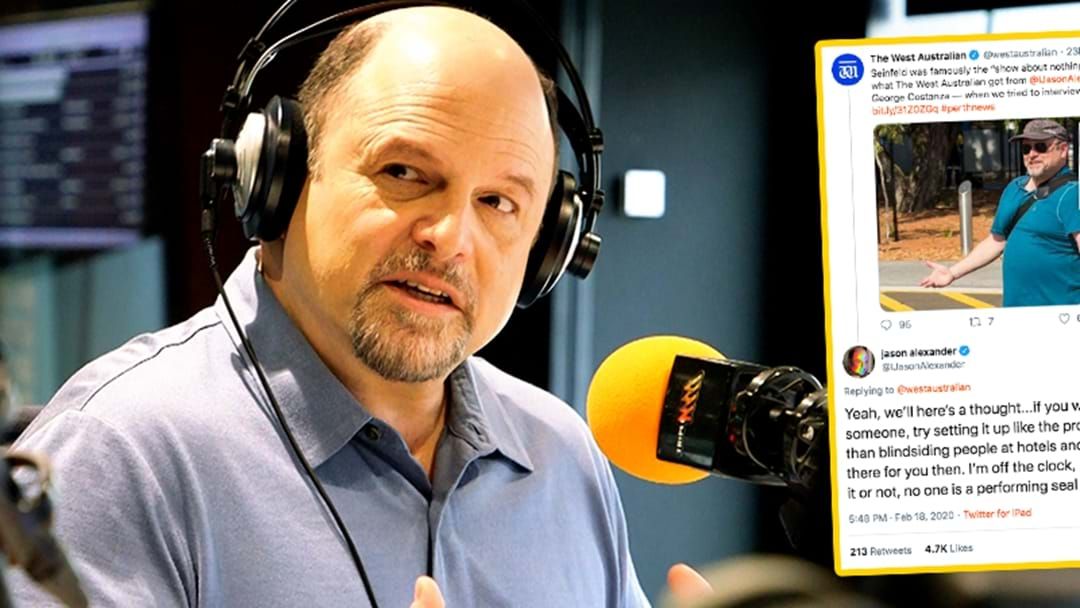 You know, we're living in a society!

Jason Alexander - well known for starring in Seinfeld as George Costanza - has had a crack at WA newspaper The West Australian for "blindsiding" him while he was "off the clock".

The West Australian ran a headline of how they got "nothing" from Alexander when they attempted to interview him at Perth Airport while midway through his Master of His Domain tour.

Alexander didn't wait too long to respond to the tweet and clarify what really happened.

"If you want an interview with someone, try setting it up like the professionals do rather than blindsiding people at hotels and airports," he wrote.

"Like it or not, no one is a performing seal 4you."

Jane Kennedy and Lehmo had his back when the news crossed their studio on Kennedy Molloy.

"Don't go and storm someone!"