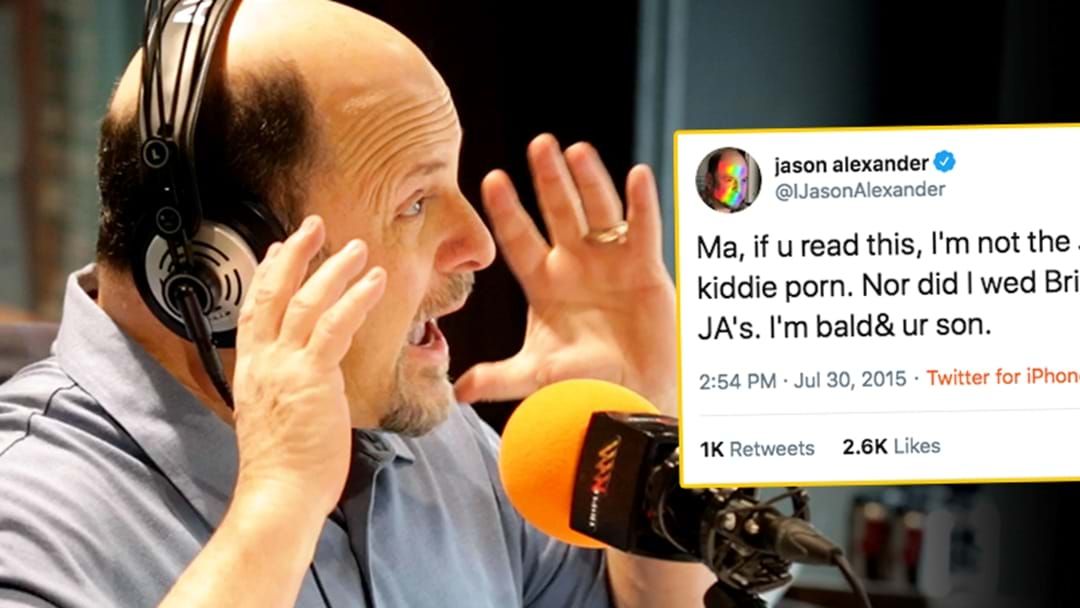 You think there's only one Jason Alexander? Not quite...

The Hollywood and Seinfeld star joined Jane Kennedy and Mick Molloy on Kennedy Molloy and was quizzed about whether the tabloids ever get to him and whether there were any crazy stories that made the press.

There was a crazy story - but it wasn't what you expect!

"It's actually not so funny, but there is an actor and director - mostly a director - named Jason Alexander, back in the States," he explained.

And he got a bit of trouble in the law - which got the more famous Jason Alexander in trouble as well.