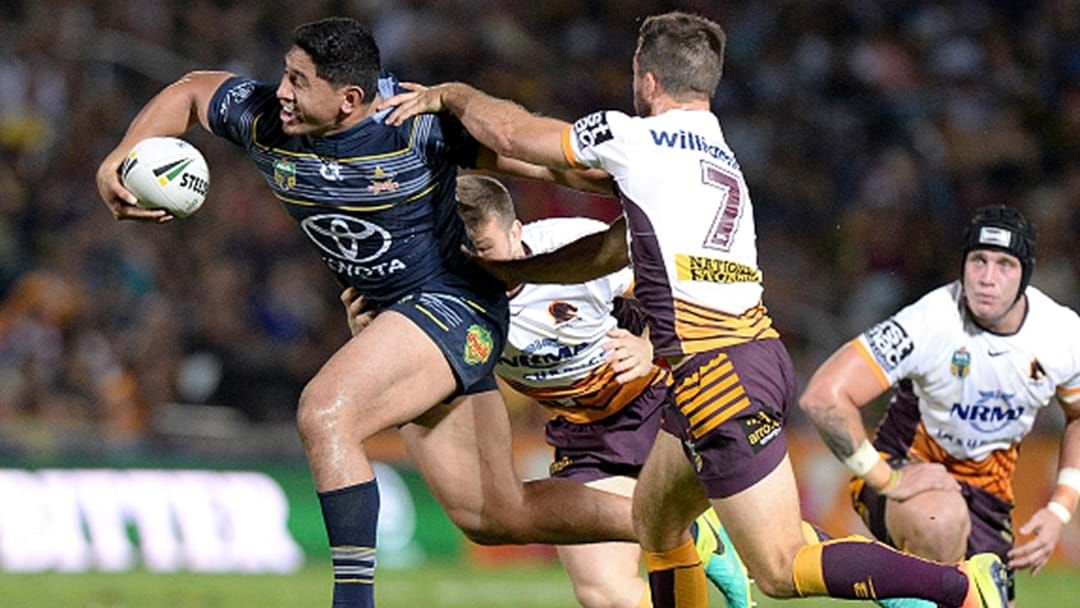 Jason Taumalolo has signed one of the longest contract deals in NRL history, keeping him at North Queensland until the end of the 2027 season.

The reigning Dally M medallist's 10-year contract is believed to be worth $10 million, putting the 23-year-old lock forward among the game's highest-paid players.

Taumalolo, who has won a premiership and represented New Zealand in his time at the club, has played 115 games with the Cowboys since his debut in 2010.

He has turned his back on pursuing a career in the NFL after trialling in front of scouts in the United States in the off-season.

"The NFL opportunity was pretty big for me. Obviously to throw myself into another game, the negatives outweighed the positives," Taumalolo told reporters on Wednesday.

Cowboys coach Paul Green said locking down the star back-rower would give the club long-term security.

He said the length of the deal was justified.

"Jason's proved his consistency in recent seasons. He's certainly committed to the club.

"Securing it for that far means all parties get a win.

"I think what it does do is send a statement that such good players, like Jase is as the current Dally M medallist, for him to commit his rest of career to this club is a huge statement."