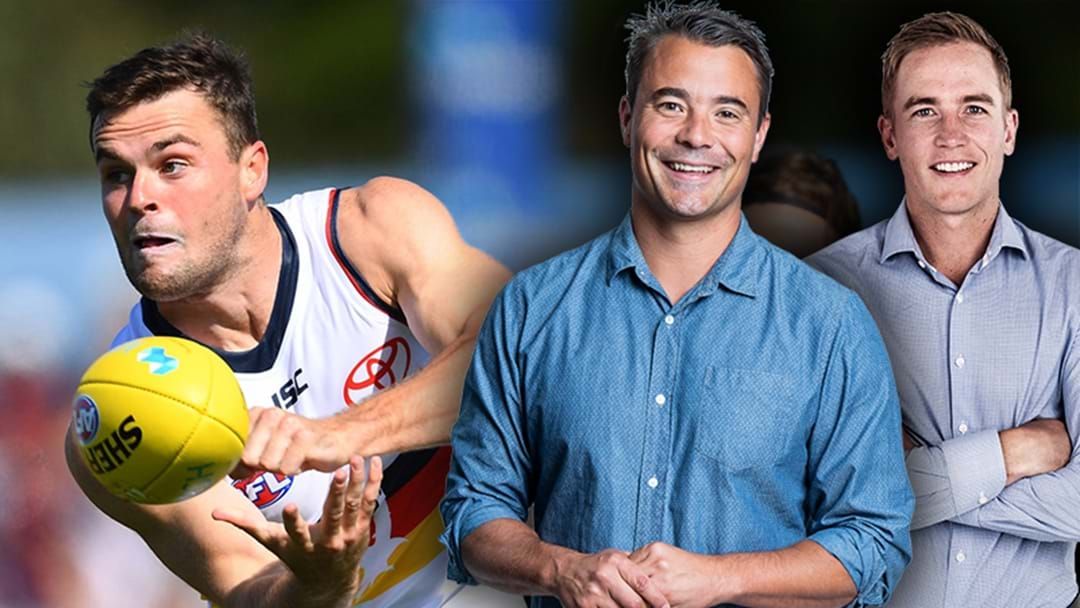 With reigning Adelaide best and fairest winner Brad Crouch looking likely to be on the way out of the club, Jay Clark and Bernie Vince discussed his value on Dead Set Legends with Joey, Jay and Emma today.

“North Melbourne are definitely out (of the race to get Crouch),” Jay-Z said.

“I just wonder, Tim Kelly gone, Joel Selwood now 32, probably gonna move out of the centre square as he gets a bit older, is Brad Crouch who you can get for free under the free agency rules… is he that midfielder who would just be a perfect addition to the Geelong engine room?”

“Geelong have a good history of recruiting these type of players, and to get him for nothing is a big bonus, don’t have to give up any draft picks,” he said.

“As you said some of those older guys coming out of contract will have to drop back a bit, and in the past they’ve taken little cuts to get cuts to get players like this in.”

They tossed around the potential size of his contract.

“I feel like what’s gonna happen is here Adelaide, they’re gonna offer him a deal, but it’s gonna be something that’s likely over three years,” Bernie said.

Jay agreed that was probably the right money.

“So two extra years at 650, rather than coming out of contract at 29, 30… I think that’s what they’ll do to cover their backside, Adelaide.”