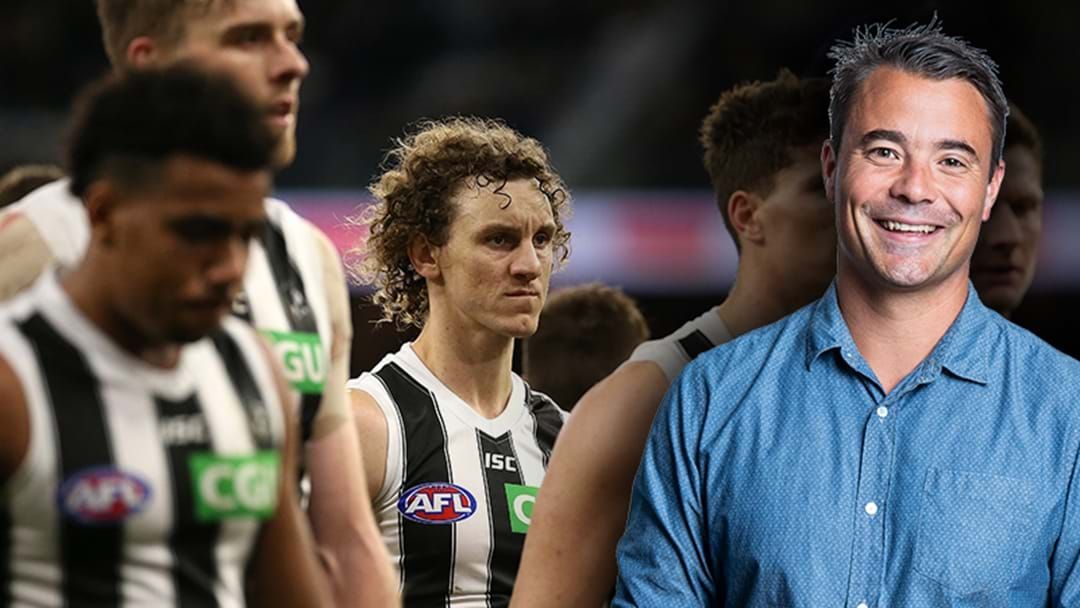 Triple M Footy news breaker Jay Clark explained how Collingwood intend to shorten their stay in a hub in Western Australia on his show Dead Set Legends with Joey Montagna and Emma Freedman this morning.

“I can tell you what Collingwood is gunning for, and that is to fly over a bit later,” Jay said.

“So they will take on Geelong on the Friday night, now they want to fly over two days before.

“So rather than get on a kite and go straight over their Brisbane game, which I think the week before is, what, on the Friday night, instead of flying up there on the Saturday, they wanna go a bit later and go on the Wednesday.

“That means they would play three games in only 17 days.

“So it would shorten their stint over there in Perth, essentially from three weeks down to two and a half weeks, and then it becomes a it of a hit and run mission.”

Jay said Collingwood’s plan will be a point of negotiation between the league and Mark McGowan’s West Australian government, who have taken a hard line stance on quarantine for the duration of the coronavirus pandemic.

“Now that’s a discussion between the AFL and the WA government at the moment,” he said.

“They (the WA government) want them over there earlier to be part of the quarantine earlier, Collingwood wants to go later, and that’s the current chat that’s being had.”