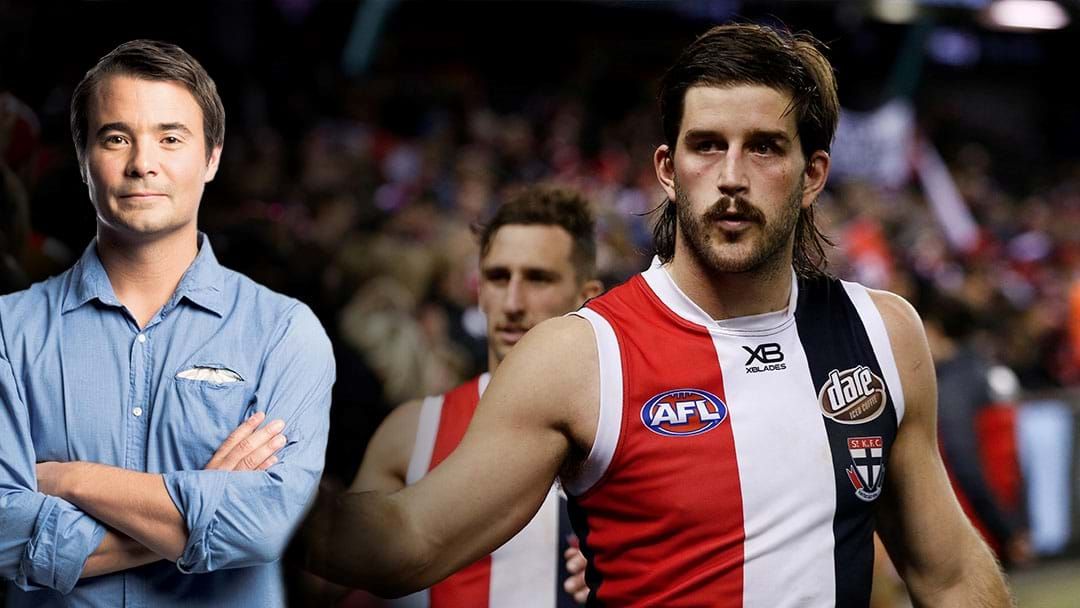 Jay Clark has raised the possibility of Saints' forward Josh Bruce leaving Moorabbin at the end of the year.

St Kilda will be "very very busy" in the trade period according to Jay-Z and Bruce may be squeezed out in order to bring in the likes of Paddy Ryder & Brad Hill.

The boys also discussed four-time best and fairest winner Jack Steven's worth on the market if he were to seek a trade to Geelong.

"I can't see how Josh Bruce fits into that line up Joey," Jay-Z said on Dead Set Legends.

"So I think that Josh Bruce could potentially be a piece for St Kilda to trade."

"Whether he looks at someone like (the) Western Bulldogs."

"Whether Gold Coast could do with someone like Josh Bruce."