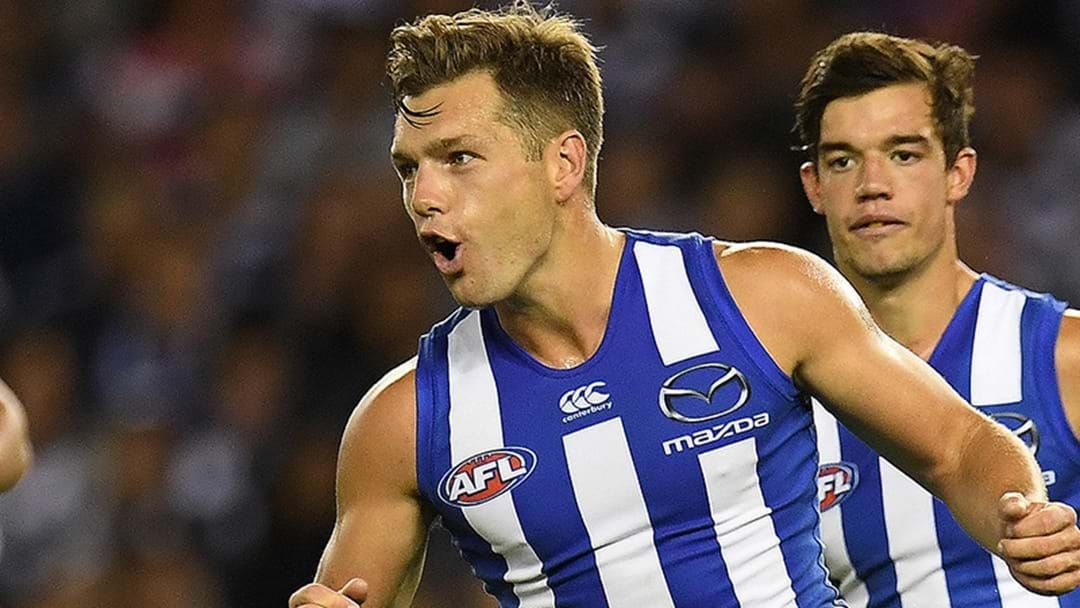 On Dead Set Legends Jay Clark says Shaun Higgins has become the latest player rumoured to be on the trade table.

“Really interesting situation with Shaun Higgins, back to back best and fairest winner, we know he’s a star ball winer with the Kangaroos, he is contracted for next year but there is some talks of a contract extension now,” Jay says.

“I think from his perspective, he would like some certainty before the trade period, he will turn 32 for next season.

“He is contracted for next season on decent money, he’s shown how good a player he is and when you’re Geelong and you’re probably going to lose Gary Ablett next year, who finishes up most likely at the end of the year, he’s a perfect sort of addition”

Clark says Higgins wants to stay at the Kangaroos and Joey Montagna added the Roos should keep Higgins for another two-three years due to his value on the trade table.