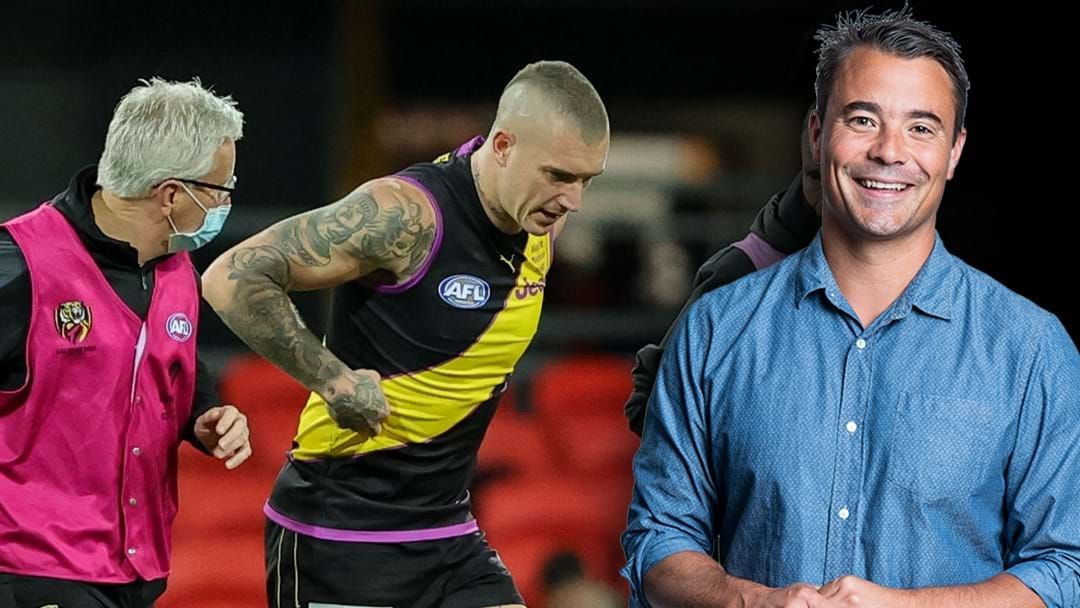 Jay explains that Martin was admitted to hospital for scans soon after Richmond's big win, caused by a collision with Mitch Robinson late in the game.

Richmond are expected to fly back into Melbourne today, however Martin will remain in Queensland "under medical supervision".

"The Tigers will take absolute precaution with this, this is a very serious injury."