Jay Clark: What Are The Plans For Jaeger O'Meara And Tom Mitchell At Hawthorn?

Jay Clark: What Are The Plans For Jaeger O'Meara And Tom Mitchell At Hawthorn? 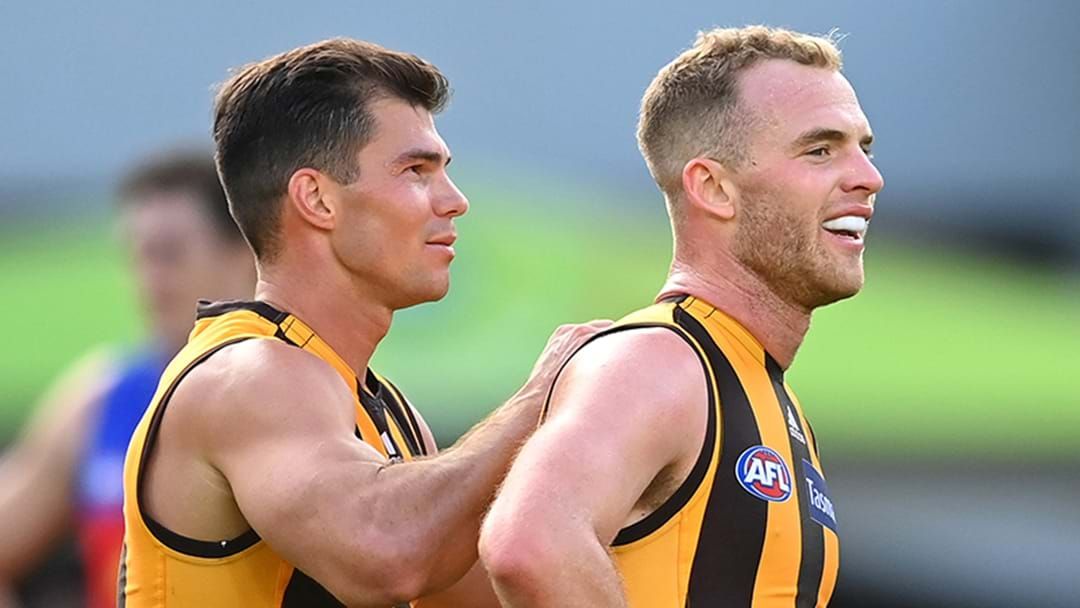 Triple M's Jay Clark believes Hawthorn will look to move on one of Jaeger O'Meara or Tom Mitchell once again in this year's trade period.

While coach Sam Mitchell was defensive of the pair on Wednesday, Clark told Triple M's Rush Hour he expects the Hawks to attempt to test the market with the two once again.

The pair has been ushered out of midfield time this season, allowing the likes of Jai Newcombe and Josh Ward time on the ball.

"There's no doubt to me - and you boys tell me if I'm wrong here - Hawthorn, after trying to trade off one of those blokes for a high pick, will do again this year," he explained.

"But (they'll) probably have to accept less."