JB Absolutely ROASTS Billy For His Nuffie Behaviour At The Cats/Hawks Game!

JB Absolutely ROASTS Billy For His Nuffie Behaviour At The Cats/Hawks Game!

"Something we need to address..." 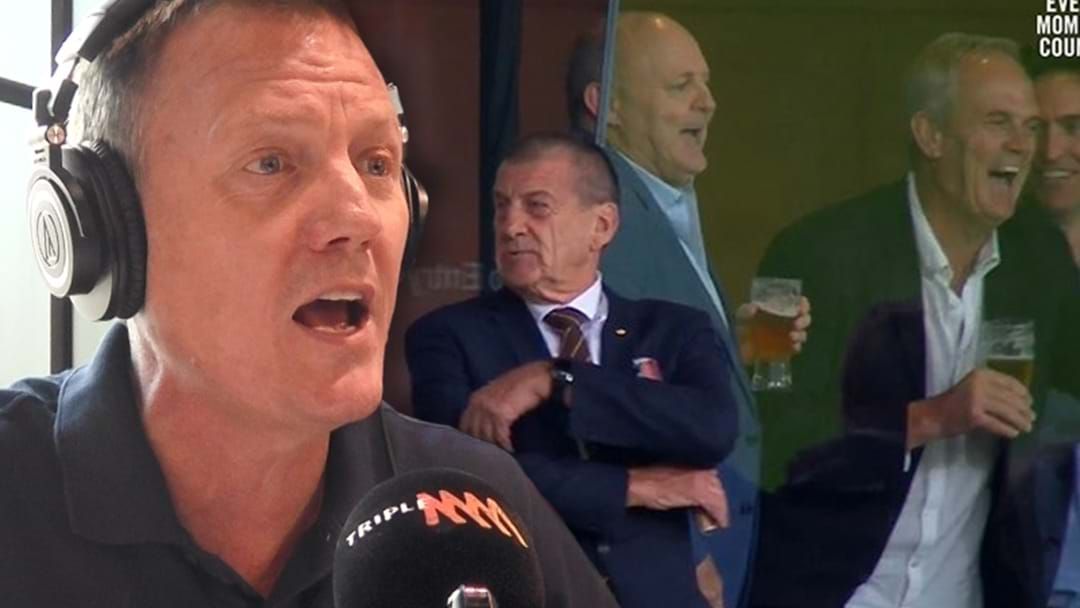 James Brayshaw and Billy Brownless were joined by Damian Barrett for the Recovery Session on Triple M's Rush Hour to wrap up everything that happened in round three of the AFL season.

But one topic was way more urgent than the rest.

And it came from the previous day's clash between arch rivals Geelong and Hawthorn.

And the man in studio with JB and Damo who was well and truly noticed in the stands.

"Something we need to address off the top, Purple," JB began.

"Late stages of a really tight game. Jeff Kennett, president of Hawthorn, former premier of our state, by the way. All he's trying to do is watch the game while two terrace-standing, cheerleading, pom pom-waving, beer-swilling NUFF NUFFS ARE TERRORISING HIM FROM BEHIND THE GLASS!

"The bloke in question then posts a photo on Instagram of his appalling behaviour with the words 'sucked in Jeff, we'll take the four points' written underneath!"