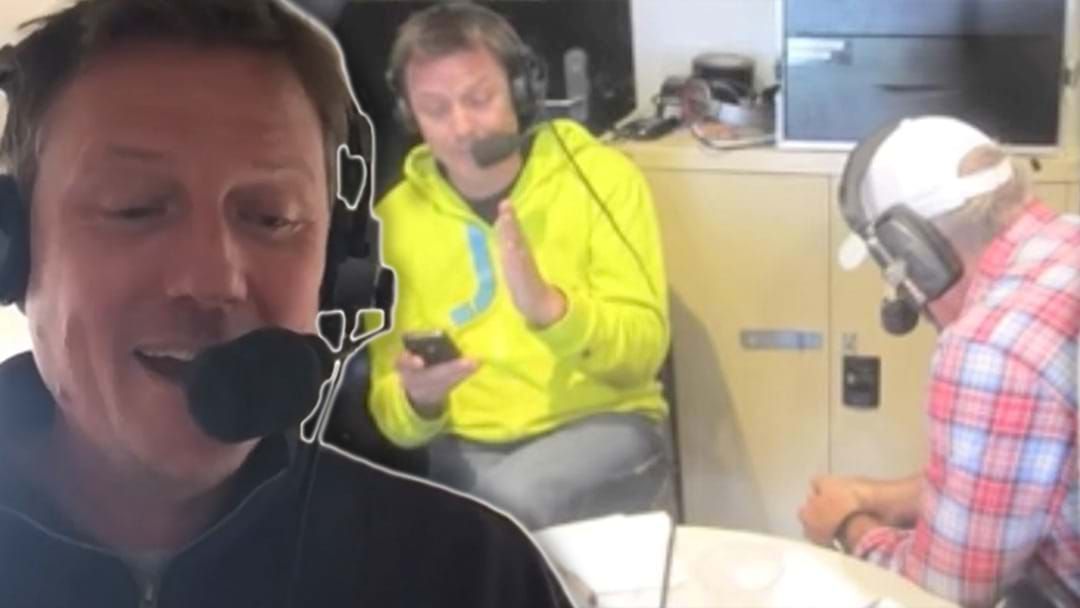 So JB and Billy recalled some of the great moments from Spud on the Rush Hour's Friday podcast.

One of those - perhaps the greatest - was the time Spud's email about his make-up on Fox Footy found its way into the hands of James Brayshaw back in 2011.

"Like the time when the make-up email was sent to my brother," he recalled.

"He was constantly sending stuff to the wrong people...he sent an email to the make-up girl at Fox to say 'can I have some of the make-up they've got, because they look better'. And that would have been Anita saying 'you need to get what they're wearing'.

"He sends this email, but for some reason he hit send and it went to the lady, but it also went to my brother.

HOW SPUD'S MAKE-UP EMAIL CAME ABOUT: