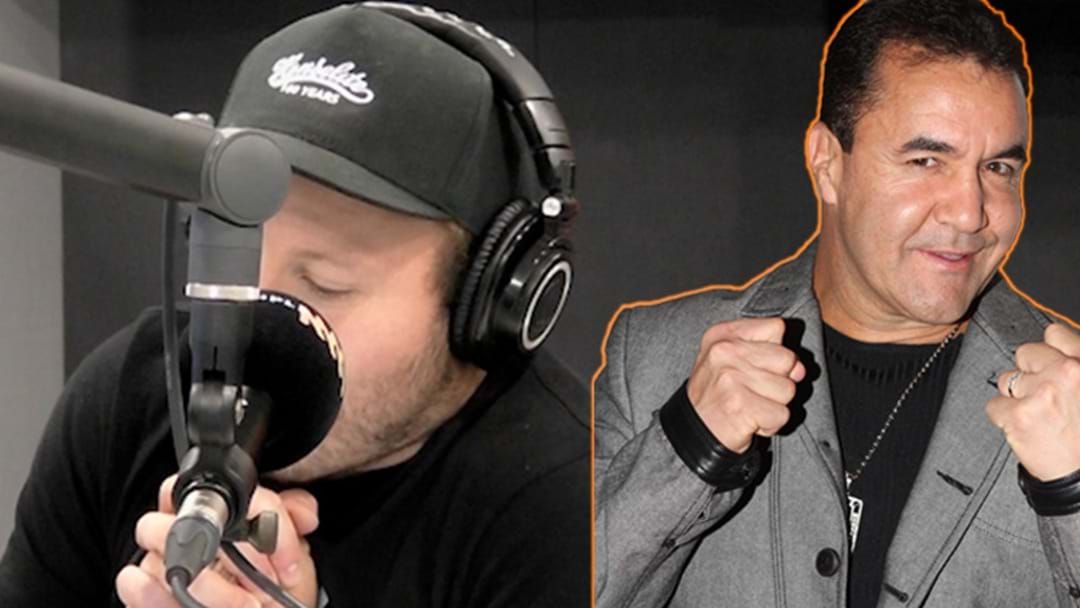 Former Boxing World Champion Jeff Fenech has hilariously dropped an f-bomb live on air when he joined The Rush Hour with MG.

In a stitch-up, MG decided to play 'The Marrickville Mauler' some audio from earlier in the day, when Rush Hour co-host Liam Flanagan decided to cheekily take a dig a Fenech.

"I've never felt so petrified as I do right now."