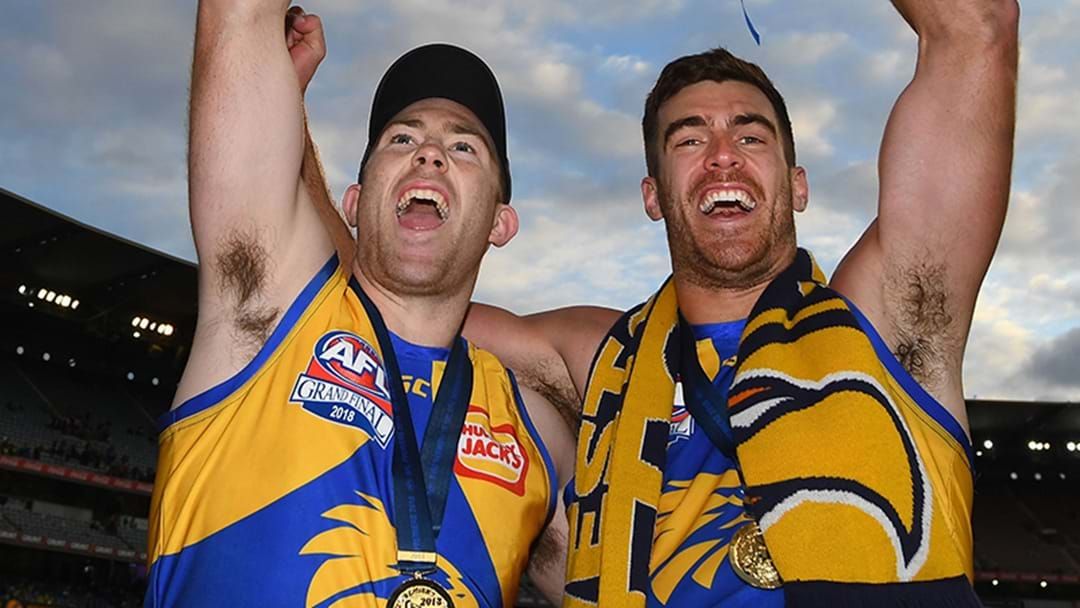 West Coast star Jeremy McGovern let the Saturday Rub in on a few details of the Eagles’ celebrations after winning the 2018 flag today, saying that Scott Lycett was best on.

“Scotty Lycett mate, he was one of the greats,” McGovern said.

“We’ve got some ripping stories about Scotty Lycett.

“That’s part of the reason we got rid of him I think! He was too much… he lost the medal in the first 24 hours, he found that.

“He lost his jumper, he had a mate holding it for him… he wore his footy boots off the plane.

McGovern also discussed his role as an intercepting defender, shanking kicks, the 2018 grand final and more.