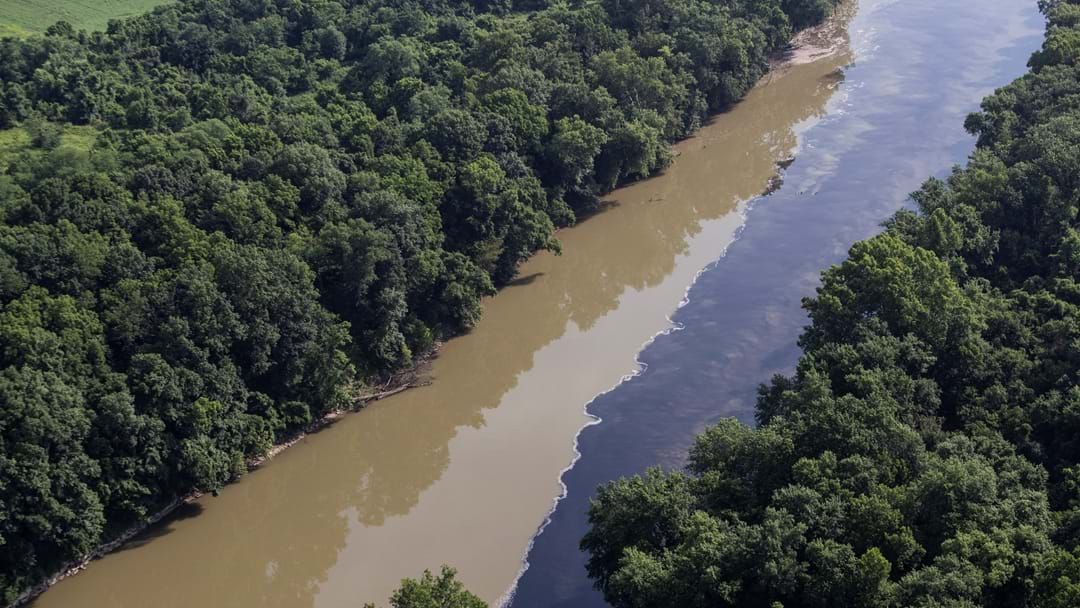 A fire has destroyed a massive Jim Beam warehouse filled with about 45,000 barrels of bourbon, sending flames shooting into the night sky and generating so much heat that fire truck lights melted, authorities say.

Firefighters from four counties responded to the blaze that erupted late on Tuesday.

Lightning might have been a factor, but fire investigators haven't been able to start looking for the cause, Woodford County Emergency Management Director Drew Chandler said.

No injuries were reported, Chandler said. The fire was contained but was being allowed to burn for several more hours on Wednesday, he said.

"The longer it burns, the more of the distilled spirits burn with it," he said in a phone interview. "So when they go to put it out, there will be less contaminated runoff that goes into a drinking-water tributary."

Company officials said they are working with authorities to assess environmental effects.

"We do know there has been runoff enter the creek,"said John Mura, a spokesman for the Kentucky Energy and Environment Cabinet. "And it has made its way into the Kentucky River."

The runoff could have a "serious impact on aquatic life", he said. Runoff is expected to create "low dissolved oxygen levels", which could result in substantial fish kills, the agency said in a release.

The distiller said it was grateful to the "courageous firefighters" who brought the blaze under control and kept it from spreading. A second warehouse sustained minor exterior damage but its contents remained intact, the company said.

The destroyed whiskey amounted to about 1 per cent of Beam's bourbon inventory, it said.

Authorities were alerted of the fire shortly after 11.35pm local time on Tuesday, Chandler said. The orange glow from the inferno could be seen miles away, he said.

Firefighters who withstood the intense heat were able to keep the fire from spreading to some other nearby storage warehouses, he said.

"It melted lights off some of the fire trucks, it got so hot," Chandler said.