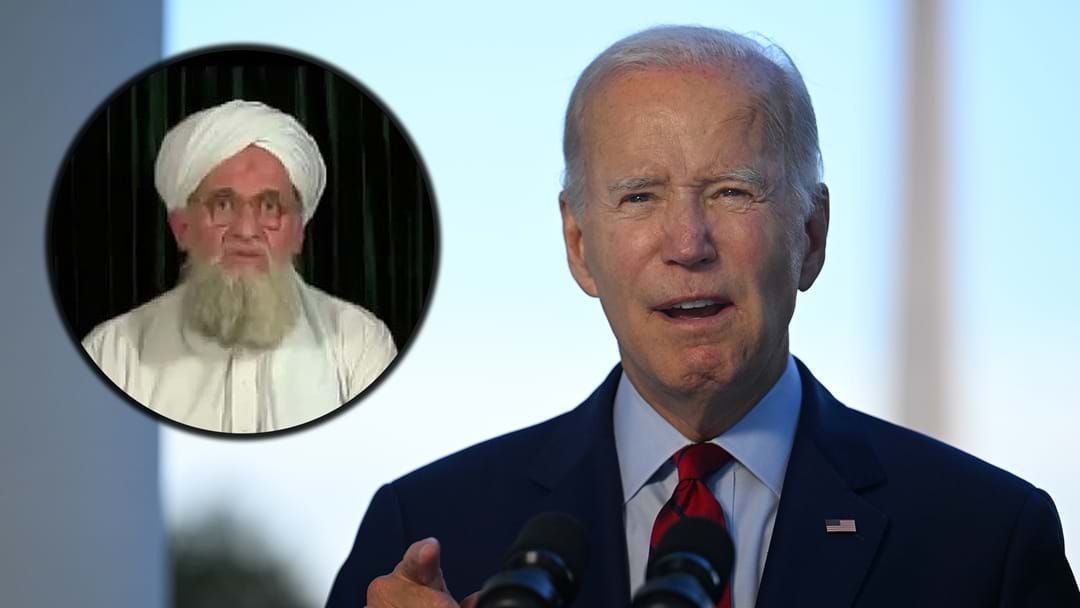 US President Joe Biden has announced Al-Qaeda leader Ayman al-Zawahiri has been killed in a drone attack.

Biden, in a video addressing the US’ drone attack, said Osama bin Laden’s successor was killed after Biden ordered the attack on a safe house in Kabul where al-Zawahiri and his family were staying, following a meeting of key cabinet members and national security official on July 25.

It is understood the attack took place at 9.48pm eastern time on Saturday by an unmanned aerial vehicle.

A senior administration official told reporters Biden and his team are confident no other individuals were killed in the strike.

“At the conclusion of the meeting, the president authorised a precise, tailored airstrike on the condition that a strike minimised to the greatest extent possible the risk of civilian casualties,” the administrator said.

“Two Hellfire missiles were fired at Ayman al-Zawahiri, who was killed.

“We are confident through our intelligence sources and methods, including multiple streams of intelligence, that we killed Zawahiri and no other individual.”

Biden himself released a speech confirming al-Zawahiri’s death saying, “justice has been delivered”.

“This terrorist leader is no more,” he said.

“People around the world no longer need to fear the vicious and determined killer.

“The United States continues to demonstrate our capacity to defend the American people against those wo seek to do us harm.

“We make it clear again tonight, no matter how long it takes, no matter where you hide, if you are a threat to our people the US will find you and take you out.”

Biden also reiterated the earlier message of the senior administrator, saying the mission was “vigorously planned” to ensure no other civilians were injured.

Al-Zawahiri’s took over as Al-Qaeda’s leader after bin Laden was killed by the US special forced in Pakistan in 2011.

He was the suspected mastermind behind the 9/11 attacks, and at the very least was bin Laden’s number two at the time.

As leader of the terrorist group, Al Qaeda after September 11 carried out years of attacks in Bali, Mombasa, Riyadh, Jakarta, Istanbul, Madrid, London and more.

His death will be largely considered as one of the biggest blows dealt to Al-Qaeda since bin Laden's death 11 year ago.