AFL NewsJoey Explains Why Sydney Will Play Finals This Year

Joey Explains Why Sydney Will Play Finals This Year 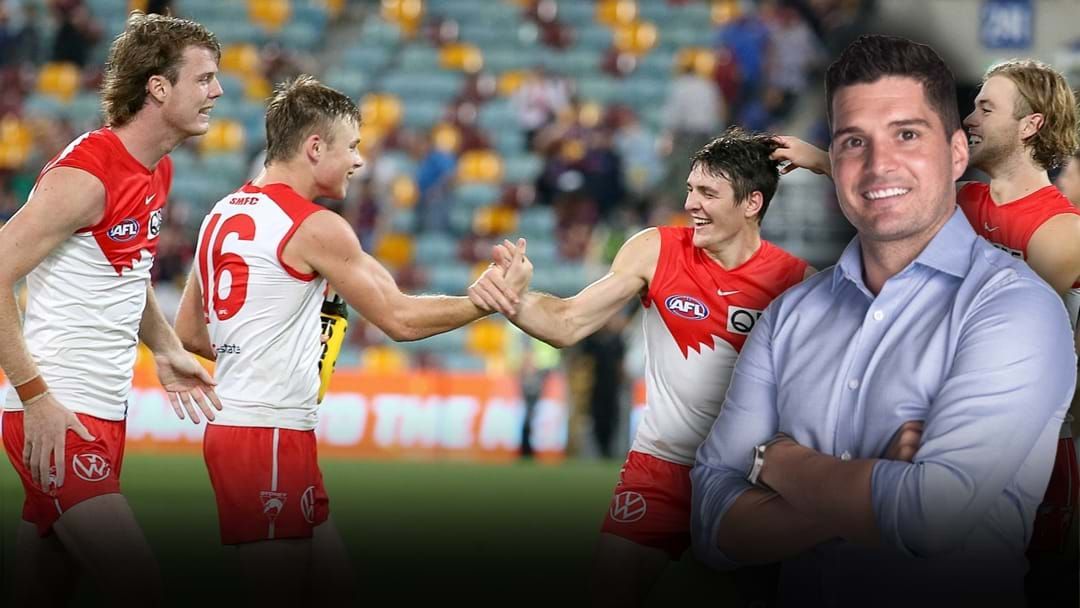 "I now think the Sydney Swans will make the top 8 the way that they’re playing."

The Swans boast arguably the best crop of youngsters in this year's rookie class, with Braeden Campbell, Logan McDonald and Errol Gulden flashing their brilliance to the start the season.

"They have changed the look of that footy team in two games of football. A bit like what happened to Port Adelaide when they brought in Rozee, Butters and Duursma."

Joey also gave props to Sydney's veteran players, "Kennedy, Parker, Rampe, Mills - if they can play well combined with these kids then Sydney can do something similar to Port Adelaide."

One of the five remaining teams to be undefeated early in the season, the Swans look to continue their hot start against a prolific Richmond outfit on Saturday afternoon.