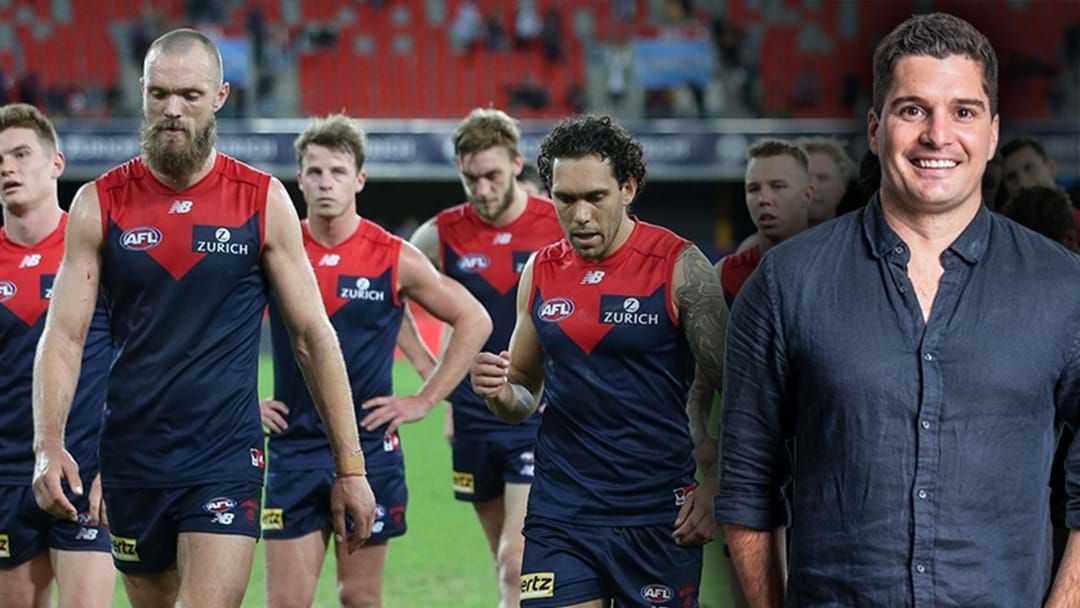 Joey spoke on his show Dead Set Legends with Jay Clark and Emma Freedman and said that the pointed criticism would “certainly sting” the players.

“I think if you’re one of the leaders at Melbourne you’d be actually quite frustrated, because I think there’s a difference between the comments that he made coming from the guys that are actually going out to war,” he said.

“So if it is another player that says it, or the senior coach comes out and says it that we play like this, I think you can understand that.

“But when it’s someone who’s sitting at home watching it, probably from his lounge room, that does hurt, because as a football club all you want — especially to be successful — you need to all be in it together.

“It needs to be an us mentality, we’re all in it together. That’s when you can really be galvanised as a group.”

Joey said it’s reasonable to have internal disagreements, but it’s important to publicly be on the same page.

“You can still acknowledge internally, and even you can say some things publicly that it wasn’t good enough and it was unacceptable, but we are in this together.

“But this shows to me, it looks like a bit of a divide, a separation — ‘the players were doing this, the players aren’t representing the jumper’.

“It says to me there’s not this real strong unity.”

Joey also defended the game Melbourne played on Thursday night in the loss to Port.

“I watched that game from start to finish, I don’t think they were insipid with their effort,” he said.

“I thought their effort was ok… they played the best team in the competition who were up for the fight.