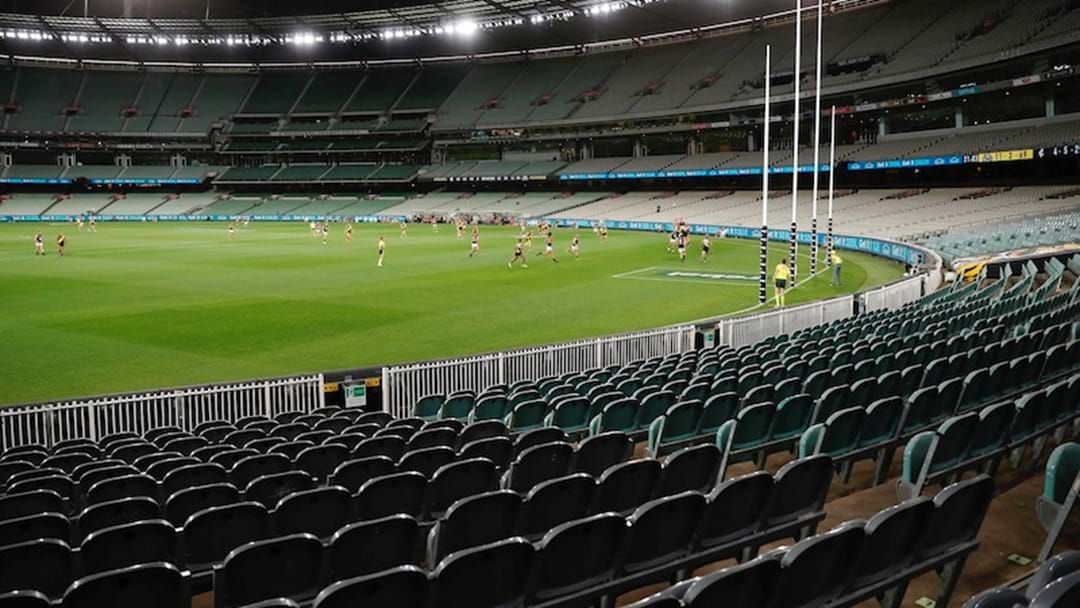 Joey Montagna explained how weird it is to play in front of a completely empty stadium on Triple M Footy ahead of the Richmond v Carlton season opener on Thursday night.

“We played a pre-season game at Marvel Stadium, back then Etihad Stadium, where no crowd was allowed in because there was really solid storms and there was a bit of a hole in the roof at Marvel at the time,” Joey said.

“So we played a game without any crowd, and it was certainly eerie. It was quite echoey out on the ground.

“And the other thing that we noticed is the depth perception was a little bit difficult to judge the flight of the football.

“Now that might sound strange to some people listening at home or in the cars, but… with a  grandstand and you’re not used to it, with having no people in it, kicking the football, we were overshooting the targets, kicking it a bit too far at the start and it took a little while to get used to.”

“For whatever reason it is, you either overshoot it or undershoot it to the person you’re kicking it to,” Daisy said.

“The ground seems so much bigger when you’re at one end to the other when there’s no crowd involved, it seems like an eternity to get to the other end.”

Download the Triple M Footy app on iTunes or Google Play to stay across all our best stuff!