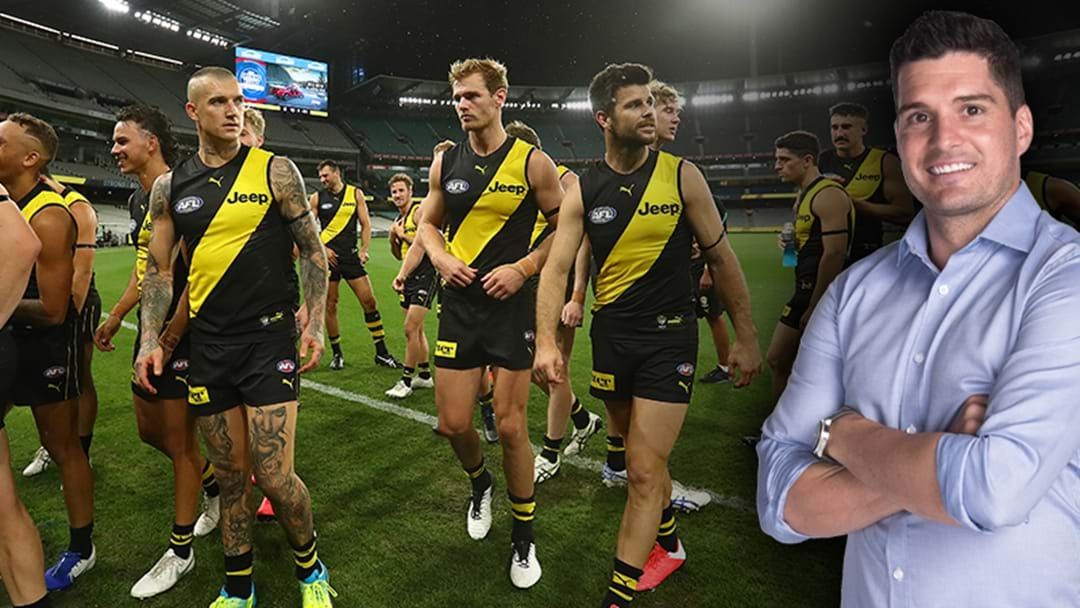 Former St Kilda star Joey Montagna explained on his show Dead Set Legends with Jay Clark and Emma Freedman why a mooted move to smaller list sizes would be beneficial for the AFL.

“I just think list sizes are too big,” Joey said.

“When you look at the numbers, as you said [there’s currently] 45 players per club average on a list.

“About 36 per club actually get a game. So there’s already nine players that spend a full season at a football club that don’t actually play a game, and there’s about up to another seven, eight, nine players — so about between 15 and 18 players per season — that only contribute three games or less to a football club.

“They’re the ones that get all the extra coaching, that’s why there’s so many development coaches.”

Joey said the knock on effect would mean that clubs could slim down their footy departments as well.

“I think if you cut back your list size by about 10, automatically that eliminates some of this extra football department staff that everyone’s talking about,” he said.

“You won’t need as many stuff because all of a sudden you’ll have your elite 32-35 players who generally are a bit more self-driven, are probably at a higher standard where they don’t need as much sort of looking after from football staff, and it’ll lift the standard of football.

“You’ll have just the better players at training every day training together, you can have higher level meetings, you can take the game to another level.”