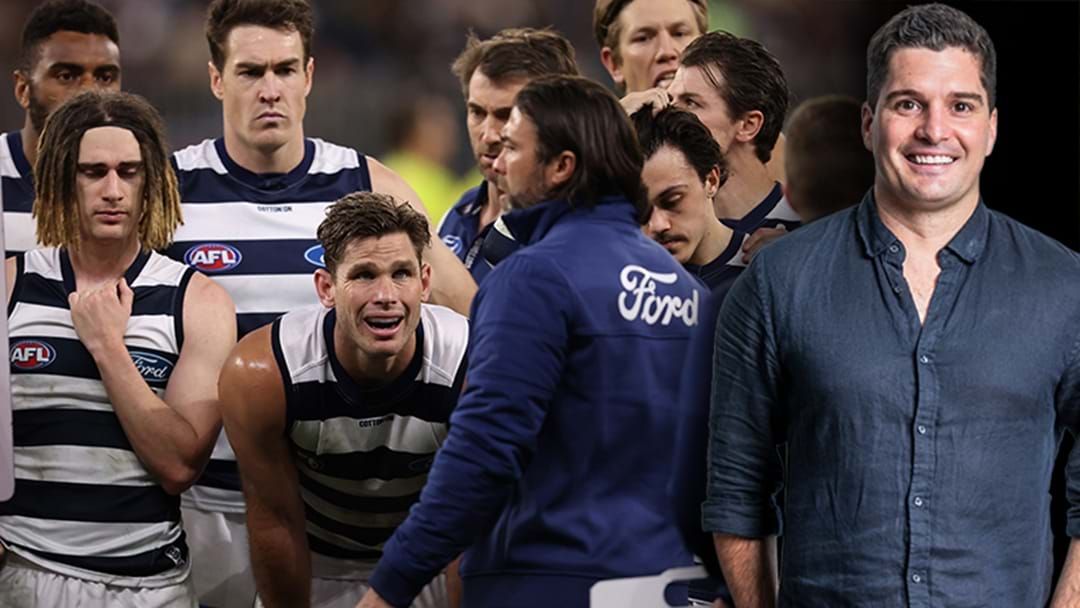 Ex-St Kilda champion Joey Montagna explained on his show Dead Set Legends with Jay Clark and Emma Freedman why Geelong should have another go at winning the flag in 2022.

"I’m probably gonna be a different to a lot of people today who are gonna probably sink the boots in and say it’s end of an era, it’s over, they’ve gotta start again, they’ve gotta rebuild," Joey said.

"I have nothing but respect and admiration for this footy club, because it takes courage to take the risk to put yourself in this situation again and fail.

"The easy thing to do is to rebuild, have low expectations, fall out of the eight, and do all those sorts of things, but they keep fronting up every year and giving themselves a chance knowing that they can fail at one of the final hurdles."

Joey conceded that it could be difficult for the Cats to go again.

"Mentally it’s gonna be a big, big challenge for this group again, but I would love to see them go to the well again," he said