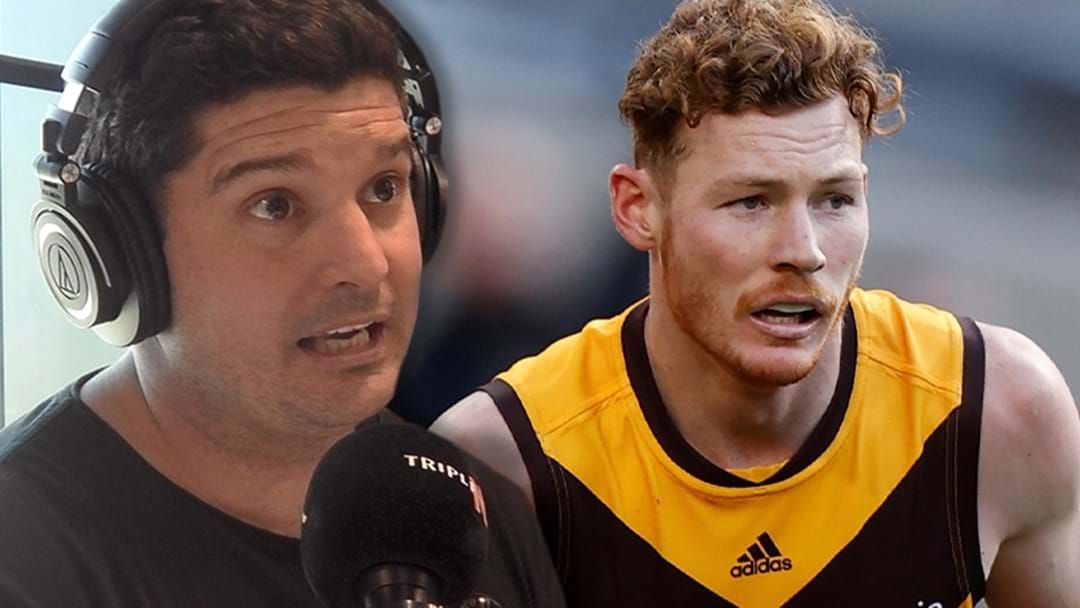 There's a free agency move on the cards for Hawthorn's Tim O'Brien, and Joey Montagna believes there's a huge benefit to be had after his late-season form.

O'Brien appears set to depart the Hawks in this trade period as an unrestricted free agent, after 97 games for the Hawks across eight seasons.

But it's the 27-year-old's late-season form as a defender that caught the eyes of Joey.

"Tried mainly as a forward, (but he) has shown as a defender that I think he is almost an elite intercept defender," he explained.

"A lot of failed forwards make it as really good defenders."