Who's winning the flag? 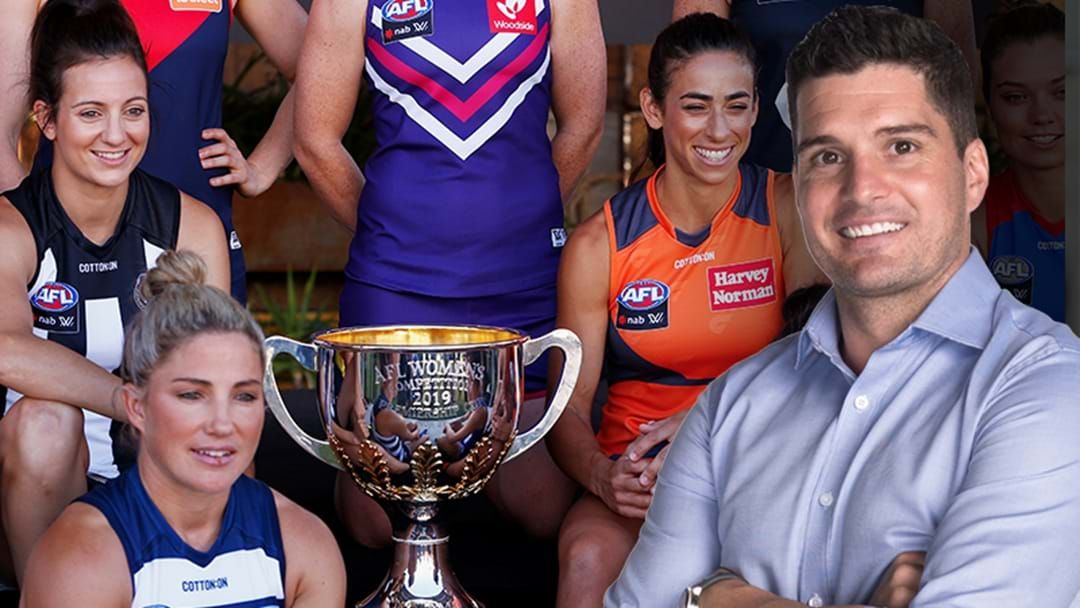 Triple M's Joey Montagna has previewed the 2019 AFLW season ahead, saying there's two teams in front who he thinks can win the premiership.

With two new teams coming into the competition - Geelong and North Melbourne - Joey said this season is going to be tight.

"It's going to be another even season," he said on Triple M's Dead Set Legends with Jay Clark and Emma Freedman.

But he believes there are two teams that sit out in front.

"The talent is getting better every year, and the skill level, I think, is at a really high level," he said.