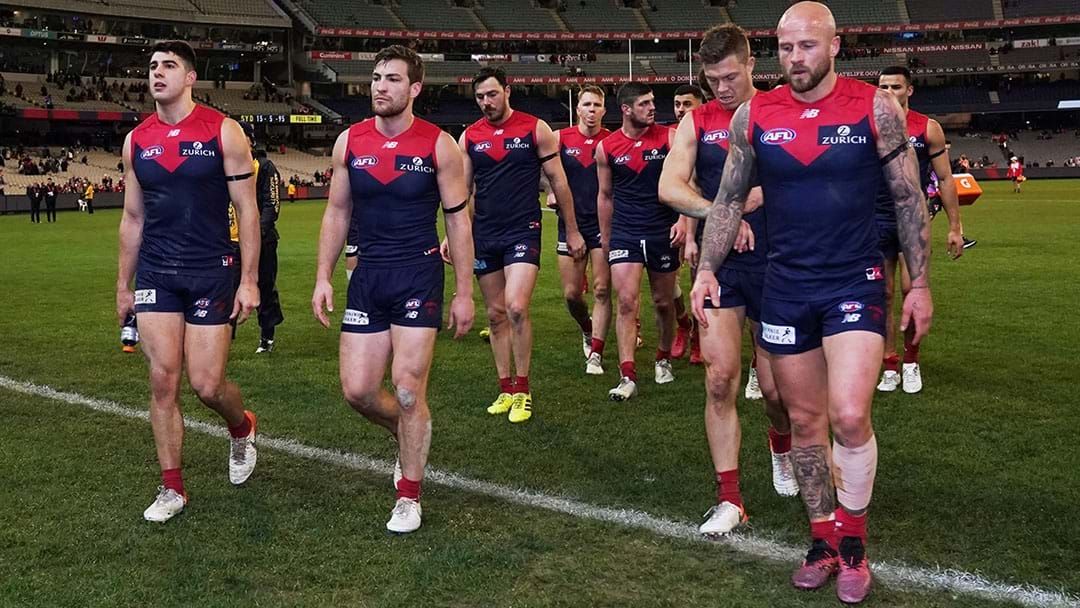 Joey Montagna says that Melbourne’s efforts over the back end of the season shows that they’re a side that “still doesn’t get” the reality of AFL footy.

“One of the things I’m most disappointed about with Melbourne over the last six weeks, we understand the year’s been a write off, there’s been a lot of injuries, they’ve been really disappointing, but the way they’re finishing off this season for me is a sign of a club that they just still don’t get it,” Joey said on his show Dead Set Legends with Jay Clark and Emma Freedman.

“They are still a bit naive, because in this game of footy you need to continually strive for excellent and continually improve week… the competition is so hard and so tough, you need to keep improving and getting better.

“You look at other teams late in the season, even Sydney, they’re still going to the finishing line strongly.

“Fremantle are still having a crack, St Kilda, Carlton are coming along.

“Other clubs are still, y’know, hand at the wheel, really driving and trying to improve, and I think it looks like to me, this Melbourne team think ‘you know what, this season’s done and dusted, let’s get to the finish line, we’ll be right next year. We’ll just get to pre-season, we’ll get our players back, we’ll be fit and healthy, and we’ll be ok,’ and that just doesn’t cut it at AFL level, it doesn’t happen that way.

“I just think there’s a little bit, I say naive because a lot of these players haven’t been in a really strong team that have played a lot of finals before… [they just] thought it would happen.”

Melbourne are on a six game losing streak, leaving them with a 6-15 record with a week to play and unable to finish higher than 17th.

The Dees were widely tipped to make a big impact in the finals this year after a preliminary final appearance in 2018.