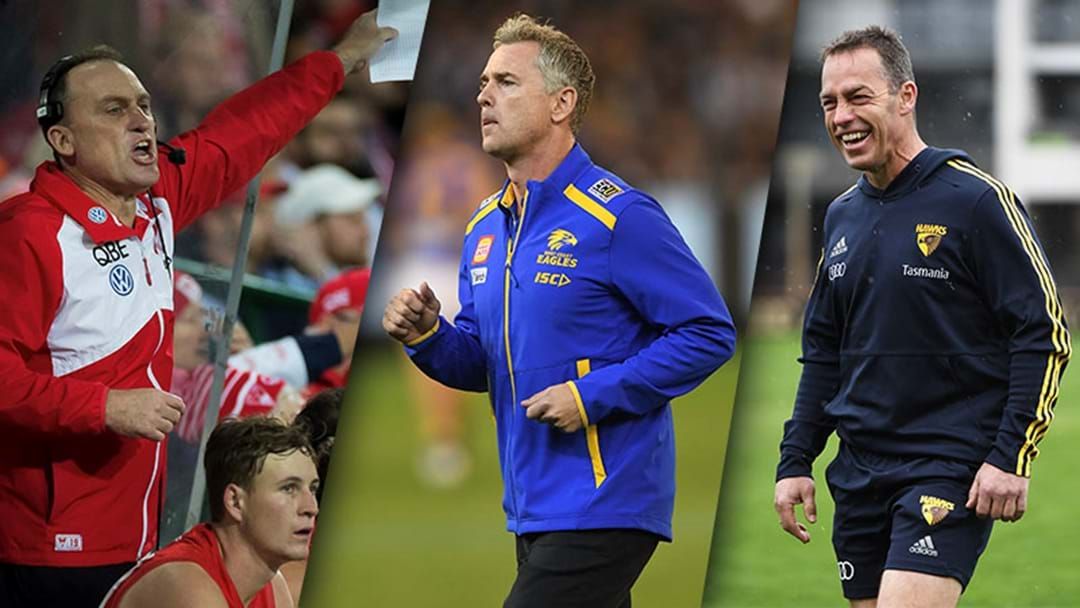 Ex-St Kilda star Joey Montagna says North Melbourne should go after an ex-Kangaroo to replace Brad Scott who seems a near certainty to leave the club after today’s game against the Western Bulldogs.

“You think about the Kangaroos and what they stand for as a club, they’re one of the smaller clubs in the competition,” Joey said on his show Dead Set Legends with Jay Clark and Sarah Olle.

“Their brand and that is about that Shinboner Spirit, it’s been questioned by some of their former players, have they lost a little bit of their identity, what do they stand for as a club?

“So I was thinking about it, and I thought well, there are three coaches in the AFL at the moment who all are ex-Shinboners, that are all probably three of the best coaches in the competition.

“If I was the Kangaroos hierarchy or doing this review, I’d earmark an ex-Kangaroo player that’s a very good AFL coach and say ‘you’re on my wish list 1, 2 and 3.”

Alastair Clarkson, John Longmire and Adam Simpson are all premiership coaches who turned out for North Melbourne in their playing days.

Scott is heavily tipped to leave North after today's game against the Bulldogs at Marvel Stadium.